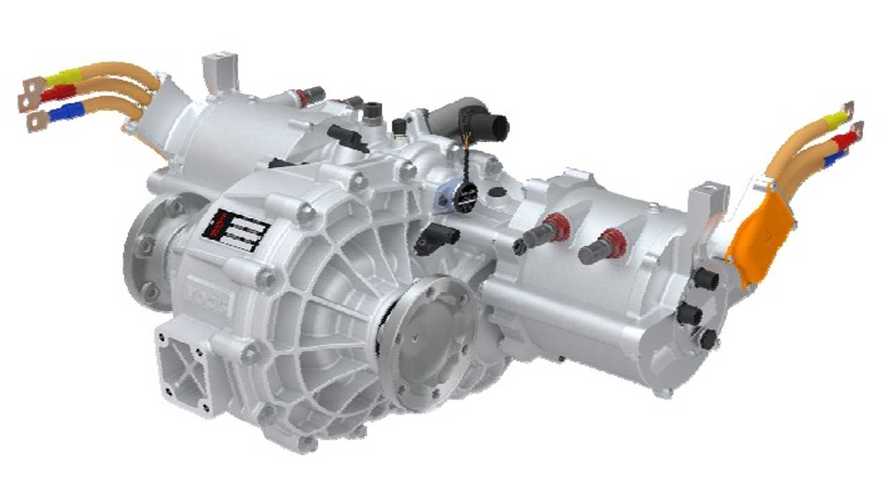 Oerlikon Graziano's 4 SED (4 Speed Electric Drive) four speed transmission with two motors and no clutch is a trick device, which according to company could increase efficiency by 15%.

This 15% translates to more range or smaller battery pack at the same range.  However, a single-speed transmission is simple, reliable, light and less expensive, so it's not an easy task for Oerlikon Graziano to convince car manufacturers to choose a 4 speed transmission instead of one for only a 15% gain in efficiency.

A prototype car, a Mercedes Vito minibus, with 4SED will be demonstrated at Cenex LCV 2014 from 10th to 11th September.

“We have been at the forefront of automotive transmission technology, since developing and supplying our first complete gearbox in 1996, and of the electric market, with the production of the first electric axle for the golf cart market. Together with our controlled company VOCIS Ltd, contributing state of the art control software, a variety of business opportunities and potential supplier-partners connections are opened. We intend to be a key partner developer/manufacturer of Zero Emissions Driveline Systems for all the OEMs playing in this increasingly relevant automotive sector."

“Our focus is on developing integrated powertain solutions, aimed at maximizing performance and efficiency. 4SED is truly innovative, it is seamless, it is clutch less and it needs no synchronizer."

No clutch, no synchronizer, but seamless and more efficient? The interesting thing is that 4SED has two smaller electric motors instead of one larger unit, which probably does not help to drive the costs down.

"Oerlikon Graziano’s four-speed seamless shift electric transmission - called 4SED - has a very simple design. By using two small electric motors instead of a single large unit, and by providing four ratios, the motors run close to their peak efficiency for more of the time, and shifts are accomplished without interrupting the drive. Overall energy consumption is reduced by up to 15 percent compared to a single-speed transmission, which translates into increased range or improved performance. The technology is scalable to suit a wide range of different vehicle types, urban electric cars, high performance cars, hybrid 4WD applications, electric city buses and trucks. It is suitable also for applications with 48V motors, allowing significant cost savings and reducing risks of high voltage."

"4SED has been fitted to an electric Mercedes Vito minibus demonstrator and is currently touring renowned European vehicle manufacturers and events to showcase its unique features. Initial customer feedback is very positive, especially for its smoothness in the shifting function and its wide scalability through different platforms and performance requirements."