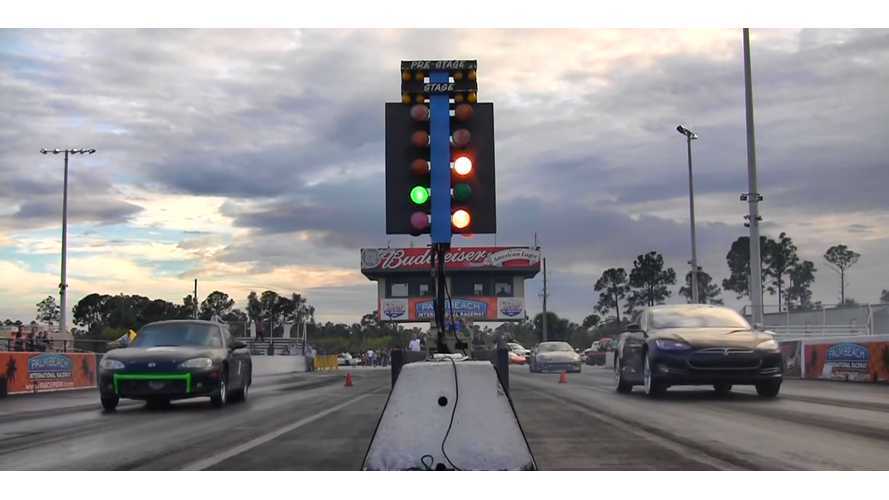 The world's quietest drag race ever? Oh yeah, don't blink otherwise you will miss some of the racing action.

Who says you need a huge gas-guzzling engine to reach a speed and drag time like this?

Obviously, the Model S is out of its league here against "Assault and Battery," but the S is certainly no slouch in the quarter mile.