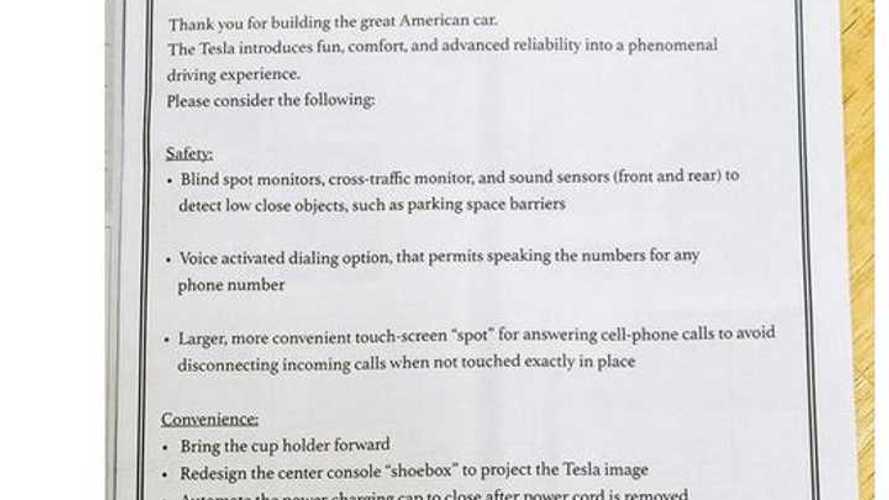 It drew the attention of Elon Musk, who responded with the Tweet posted above.

The Tesla Model S has been criticized for its lack of active-safety features.  Tesla is aware of this and, as such, has promised to soon make at least some of these features standard, as well as additional active-safety features not mentioned in the letter.  Basically then, Musk is confirming (via his Tweet) what Tesla has stated in the past.

As for those other non-safety features asked for in this letter, we're not sure which ones (if any) Tesla is currently working on implementing.  We suspect that adding those safety features comes first, with the other less important changes/additions to come well after the active-safety of the Model S is at least put on par with the luxury competition.