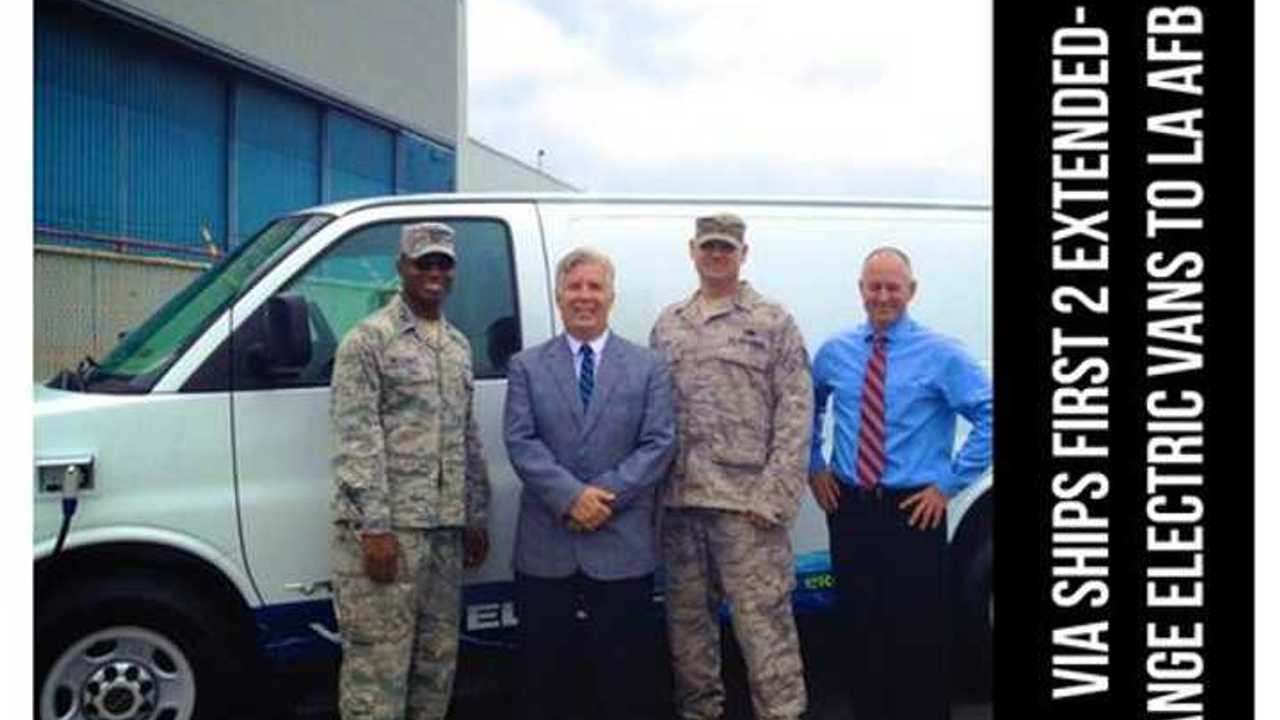 The first of hopefully many more extended range electric vans was just delivered to the Los Angeles Air Force Base via Irvine Chevrolet.

New Donor Vans Ready To Be "Electrified" Outside VIA

And while the expanded details on availability and pricing are still a bit mystical (as in no one really knows), we are happy to note that VIA has passed this milestone.

The first lot of electric vans are being produced for fleet customers in conjunction with a Department of Energy monitoring and subsidy program to advance the technology.  Several dozen more new donor vans are also being prepped for electrification now as well.

VIA's extended range vans are capable of driving about 35 miles on electricity via (no pun) their mid-mounted, liquid cooled 23 kWh lithium batteries.  Total range of the van is about 400 miles.

"For most drivers, this means over 100 mpg in typical local daily driving. It’s exciting to drive — with more low-end torque. The electric van performs as well as or better than the comparable gas version."

VIA Does A Little MPG Math For Us!

Cutaway Of VIA Van