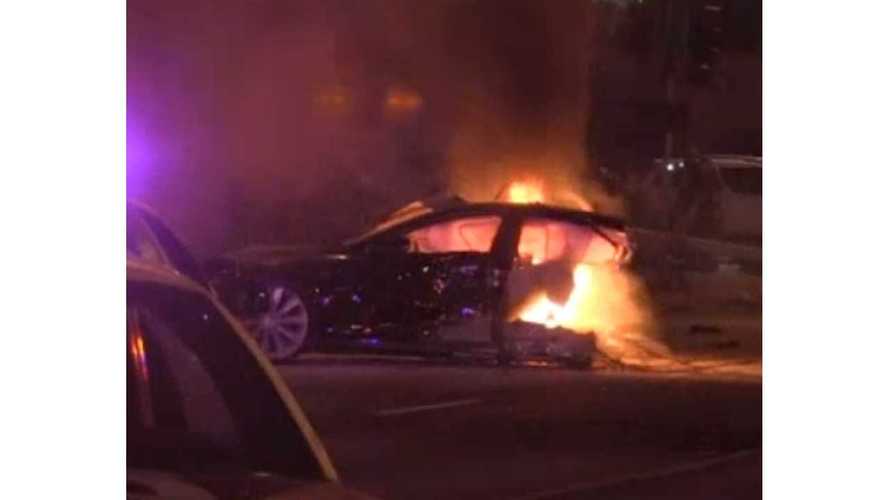 Tesla Motors' spokesperson Simon Sproule states that Tesla is now "assisting Los Angeles police and fire officials investigating the theft of a Model S sedan by a man who Friday led police on a high- speed chase before crashing the car in West Hollywood," according to Bloomberg.

Sproule adds that Tesla "continues to cooperate" with authorities on this matter.  However, Sproule declined to provided detail in regards to how Tesla is "assisting."

Some additional information has leaked out via the LAPD, which indicates that the Model S was stolen from a "dealership in the 5800 block of Centinela Ave."

As we all know, Tesla has no dealerships, so the more likely scenario was that the Model S was stolen from Tesla's Centinela service center, located at 5840 Centinela Ave.

Update (July 10): Driver of Tesla Model S has succumbed to his injuries and died at hospital