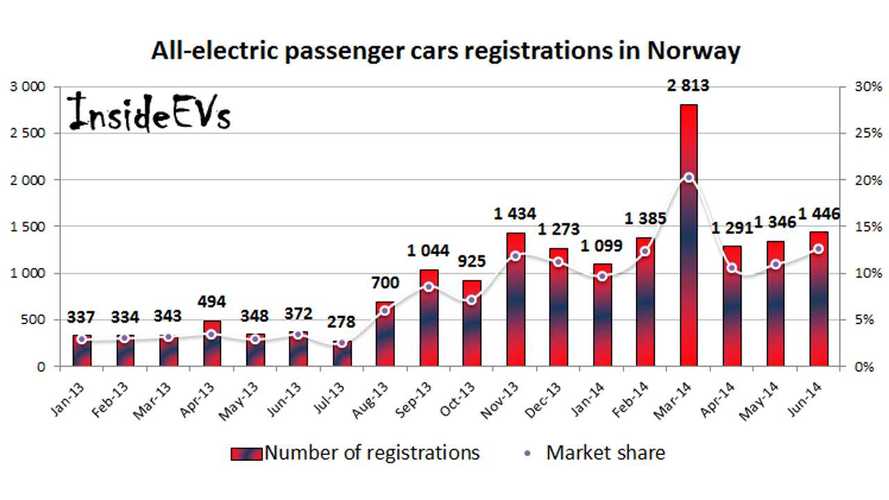 In June, new passenger all-electric registrations amounted to 1,446 which is over thousand more than in June of 2013.  June 2014 brings the second highest result in terms of market share - 12.6% according to official data!

After six months, we see two EVs on the Top 5 overall automobile sales list in Norway, which is rather unusual. Tesla Model S took second place with 3,134 registrations and 4.3% market share (just behind Volkswagen Golf 3,631), while Nissan LEAF is fourth with 2,665 new registrations and 3.7%.

Tesla Model S is leading the pack for June too with 536 registrations, while LEAF had "just" 313. Then we have Volkswagen e-up!, but sadly without confirmed data (we expect ~250) and first e-Golf sales too! BMW i3 was fourth best selling EV last month with 146 confirmed registrations.