Toyota To Sell "Load Of Rubbish" Fuel Cell Vehicle In Japan, Europe And U.S. By Summer 2015 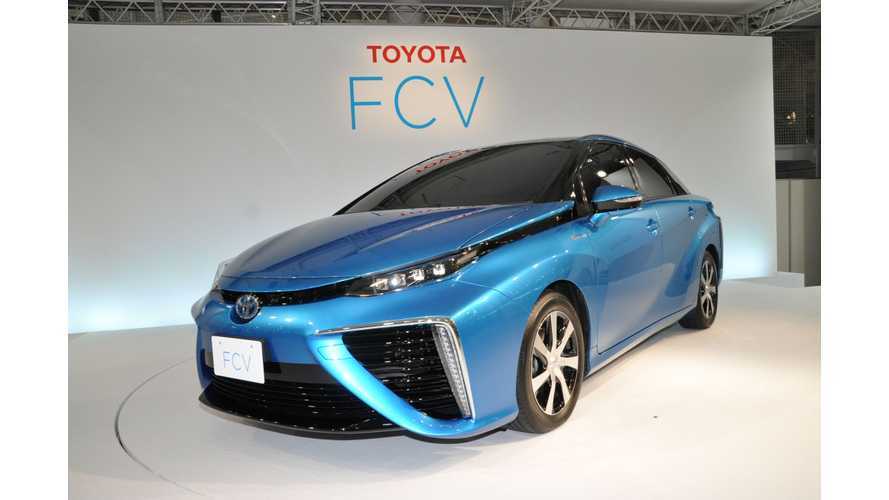 Autocar doesn't beat around the bush when it comes to offering a closing opinion on fuel cell vehicles.  Autocar conveniently quotes Tesla CEO Elon Musk in the last sentence of its article on Toyota's fuel cell sedan:

A Toyota spokesperson confirmed to Autocar that an allocation "barely into the double digits" would be coming to this country (UK).

Toyota openly admits that infrastructure is the biggest hurdle when it comes to hydrogen cars:

"The FCV is a pioneering car. There's the big talk about there being no need for an infrastructure until you've got some cars, and why would you have the car if there's no infrastructure."

"Introducing a small number of cars would help to support the development of that infrastructure."

We're doubtful that a robust infrastructure will ever appear for hydrogen.  Meanwhile, electric cars have billions of places to plug in right now today.