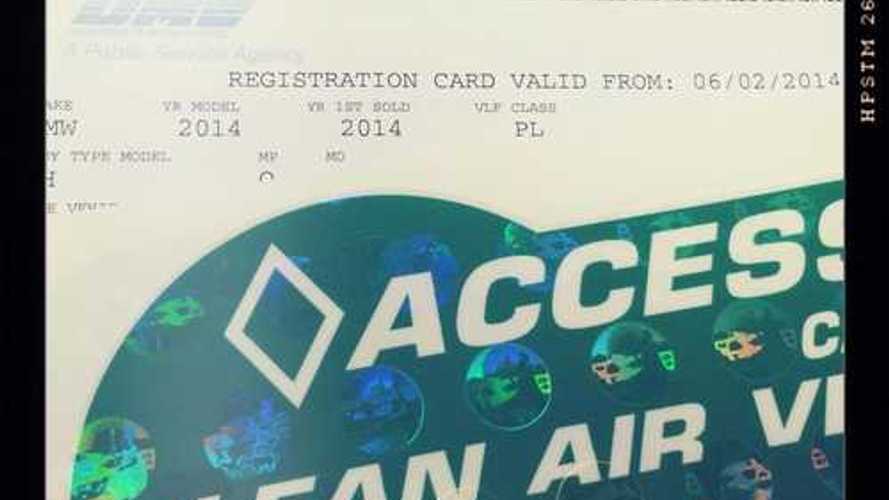 Some good news awaits plug-in hybrid owners and prospective owners in California: the Senate has approved assembly bill AB-2013 with a 25-6 vote on Tuesday.

This bill was introduced by Assembly member Al Muratsuchi from Southern California earlier this year. It passed the Assembly with a 63-4 vote on May 1, and was ordered to the Senate, where it was reviewed and amended by the Transportation and Housing Committee. The California State Assembly has to yet vote on the amendments, but assuming that the bill passes, and Gov. Brown will sign it into law, the total cap for green HOV decals should be increased to 70,000 before the current allocation runs out.

While the ever-increasing demand for green HOV decals is a clear sign of the success of the program, and the mass adoption of plug-in hybrids in the marketplace, questions about the effectiveness of some of the qualification criteria remain. The decals are currently scheduled to expire on January 1, 2019. While it's very doubtful that we will see another increase in green sticker allocation in the future, current owners can expect more than fours years of an incredible driving privilege on California freeways.

If you are a California resident, and are considering the purchase of a plug-in hybrid vehicle, now is the time to act. The current allocation of HOV decals will run out in about a month, and should AB-2013 become law, the additional 15,000 stickers will likely only last through the end of the year.