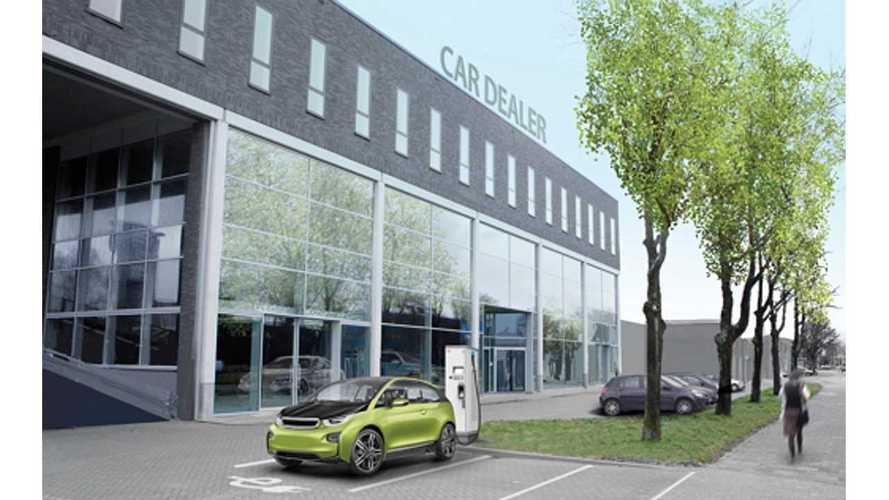 ABB announced its newewst Terra 53 model with the DC GB plug standard used in China. It is called Terra 53 Z and, as all with ABB chargers, is available with power of up to 50 kW.

To date, the most advanced version of Terra 53 CJG had DC CHAdeMO and CCS in one of two variants for US or Europe plus 3-phase AC in Europe. The Z rather will not be combined with those standards in China.

ABB will manufacture Terra 53 Z in Shenzhen at its recently established base for electric vehicle chargers.

"Terra 53 Z can be widely used at public charging stations, EV fleet parking lots and highway service stations to charge personal e-vehicles as well as some minibuses and EVs used for logistics. With this high power DC fast charger compliant with GB standard, of which the rated power is up to 50kW, a 20-minutes charging could give a normal electric vehicle enough power to drive another 100 km."

Earlier, ABB announced that it will supply 10 and 20 kW wallboxes to DENZA customers.

"Since 2010, ABB has started to work with the local partners and governments on pilot projects. Earlier this year, ABB and Shenzhen BYD Daimler New Technology Co., Ltd signed a strategic cooperation to supply DC fast charging wallboxes over the next six years. The wallboxes are customized especially for the DENZA electric vehicle and will be sold through DENZA’s distribution network."