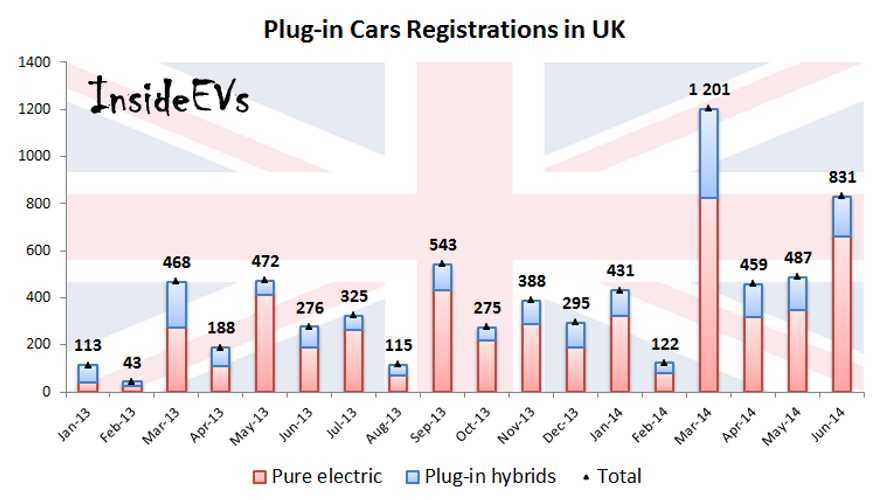 Plug-in car registrations surged in the UK last month to the second highest level ever.

As plug-in hybrid numbers have been relatively stable for last three months (170 in June), the bulk of growth comes from all-electric car sales.

AS of time of press, we are not precisely sure where the growth comes from, but it's likely caused by some volume deliveries of right hand drive Tesla Model S, long awaited in the UK.  (We'll update when data is in hand)

In total, 831 plug-ins translates to approximately 200% of growth year over year.