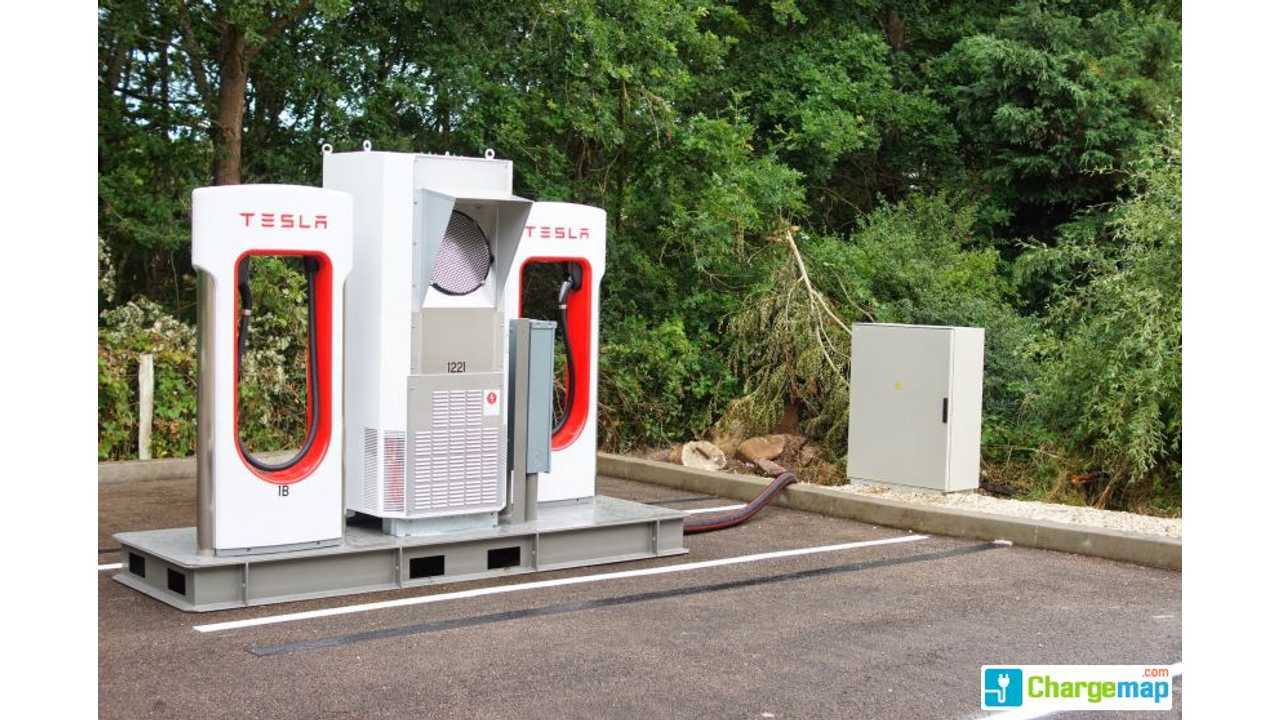 The Station is localized in Auxerre and has two spots with total output of 135 kW.

The Supercharger itself seems to be one of the temporary mobile units.

Next to the Supercharger is one more charging point - 3-phase AC with 2x 22 kWs.

In total, Tesla has opened 27 Supercharger stations in Europe.