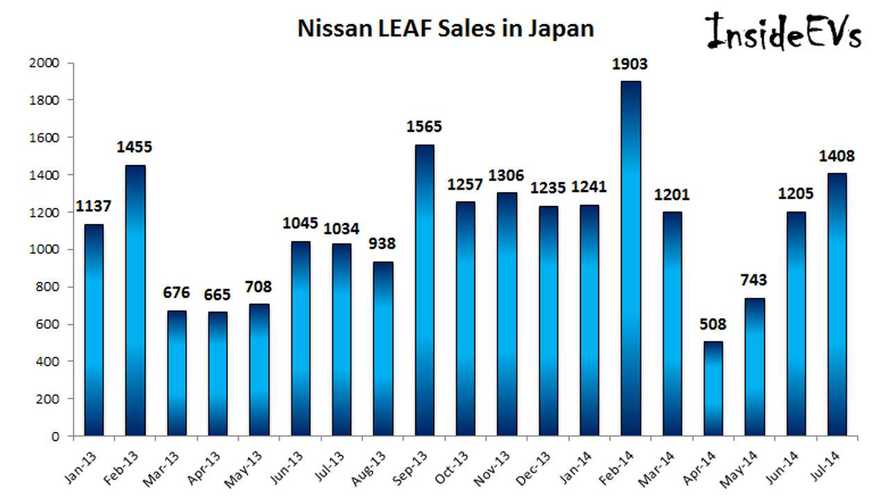 Nissan LEAF sales continues to improve in Japan, reaching recently one of the best single-month sales results ever.

Only four times since December 2010 sales of LEAF in Japan were higher than July's 1,408.

July is a special month for Nissan LEAF because it set a new record for sales in Japan and US combined - 4,427. This is very first time when Nissan exceeded 4,000 units sold in the two countries.

Now, we can be sure that, together with Europe and other international regions (with about 1,400 units sold in July), Nissan is selling more than 5,000 electric LEAFs per month (or 60,000 a year).