Turning The Tesla Model S Into A Convertible -Video Diary 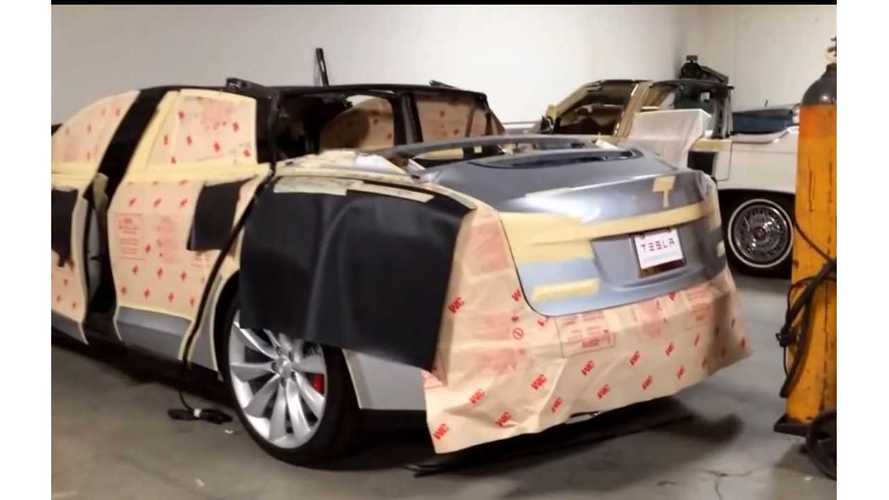 It is about time to check in with Newport Convertible Engineering and their Tesla Model S convertible conversion product.

Three months ago, the company announced they would be taking a consumers 'standard' Model S and turning it into a 4-door convertible - well, for a price anyway.

At the time the company said work on the convertibles would begin in July, and true to their word the videos here prove that is true.

The above video is the initial status report from the company from about 5 weeks ago, with the second and third video (below) the latest updates.

In Addition To A 4-Door Convertible, NCE Will Also Build A 2-Door Coupe And Convertible As Well

At one point the company was in negotiations to purchase 5,000 donor Model S sedans directly from Tesla, but that didn't go so well.

“Newport Convertible Engineering (NCE) was told that due to the present strain in production of Tesla Model S, Tesla Motors will not be able to provide 5000 units exclusively to NCE. NCE is encouraging its clients to order Tesla Model S directly from Tesla Motors as soon as possible and have their vehicles shipped to NCE’s headquarters in Huntington Beach, CA; or any of NCE’s branches in Barcelona, Spain and Dubai, UAE.”

As well as filling demand for the standard 4-door convertible, NCE plans on building 600 of both the 2-door coupe and convertible.