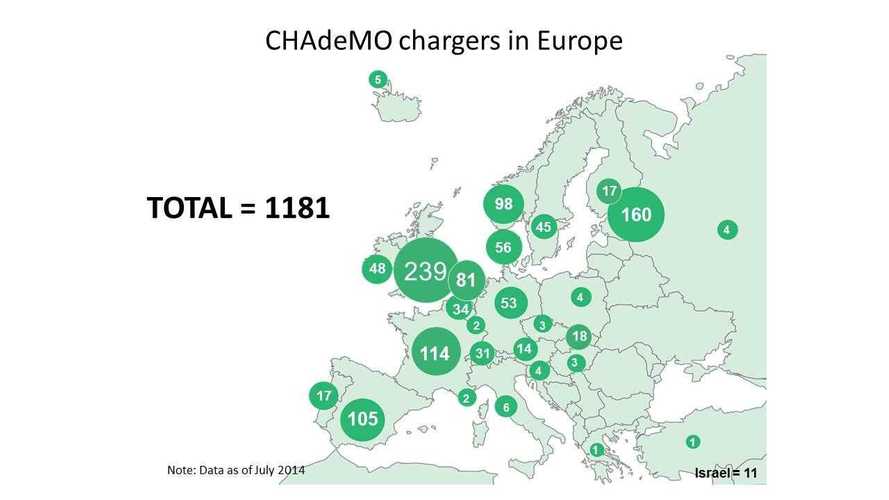 "The number of CHAdeMO DC Quick chargers installed up to today is 3816."

UK not only remained the leader, but is growing faster than others, taking almost half (+28) of all new installations from April.

Slovakia added 15, France 4, and other countries added from the previous report just a few units at most.