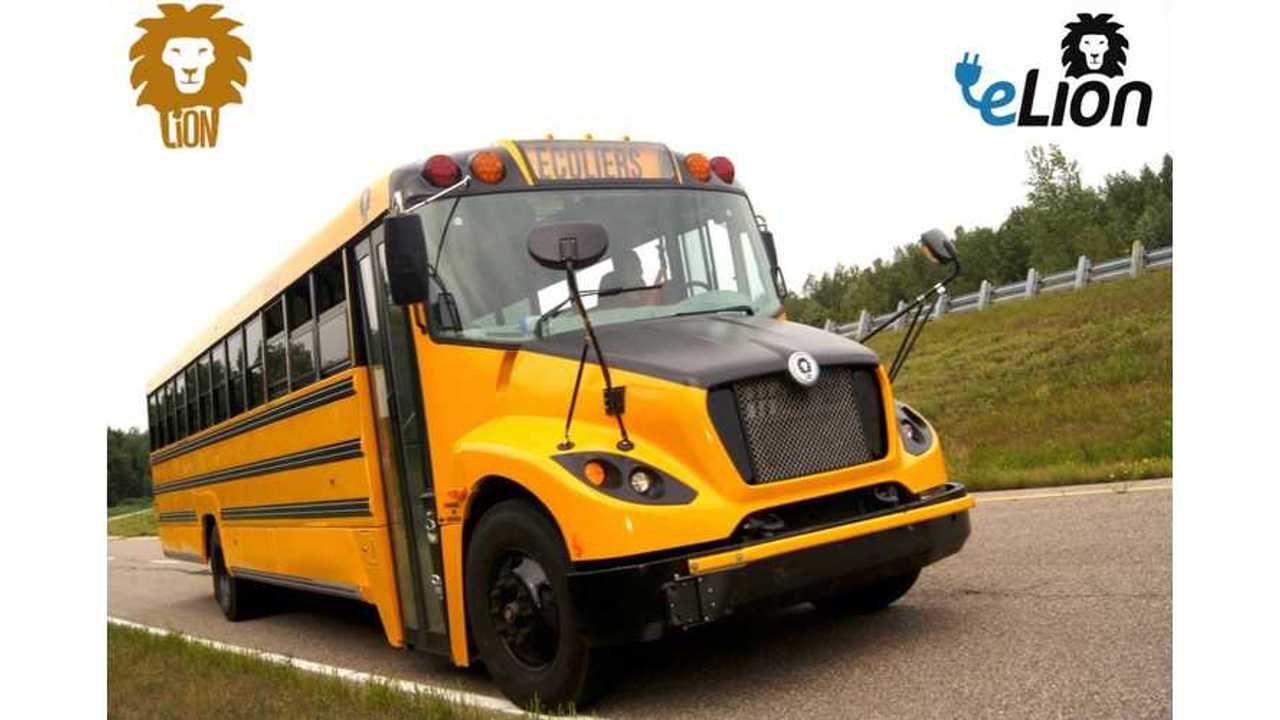 Lion Bus recently released video from tests of its all-electric eLion school bus, which has been under development for several months in Canada.

The 72-seater, with more than 100 kWh battery pack (cells supplied by EnerDel), should have range of at least 50 miles. According to the video, hundreds of miles were driven in a few days of tests.

Soon, we expect to see this bus on some regular routes.

"Lion Bus is proud to present to first test drive of its 100% electric school bus!"