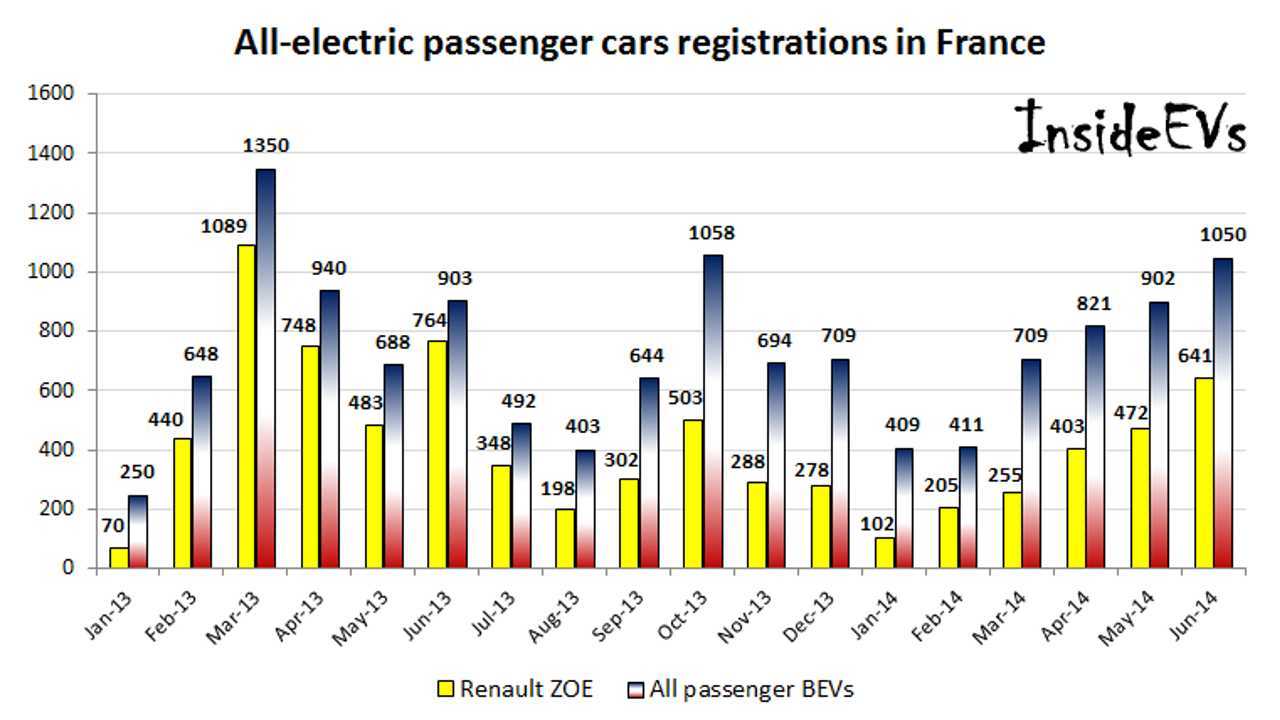 In June, sales of electric cars in France improved significantly to 1,574 passenger cars and light delivery vehicles, which is second only to March 2013 when the number of registrations was 1,751.

The class of its own remains to Renault ZOE with 641 copies, but Nissan LEAF did well with near-record 172 registrations.

The more deep we look at the chart the lower are the numbers... with 82 Bollore Bluecars, 47 electric smarts and 45 Tesla Model S (new record, 2 more than in May).

For light delivery vehicles, Renault Kangoo Z.E. with 324 registrations has over 60% EV market share (just like Renault ZOE last month). Noteworthy are the first 31 registrations of Nissan e-NV200 in France!

After the first half of the year, France has 4,302 new passenger EVs (still less then 0.5%) and 2,099 new electric commercial delivery vans.