Renault ZOE Sales On The Rise In France In June 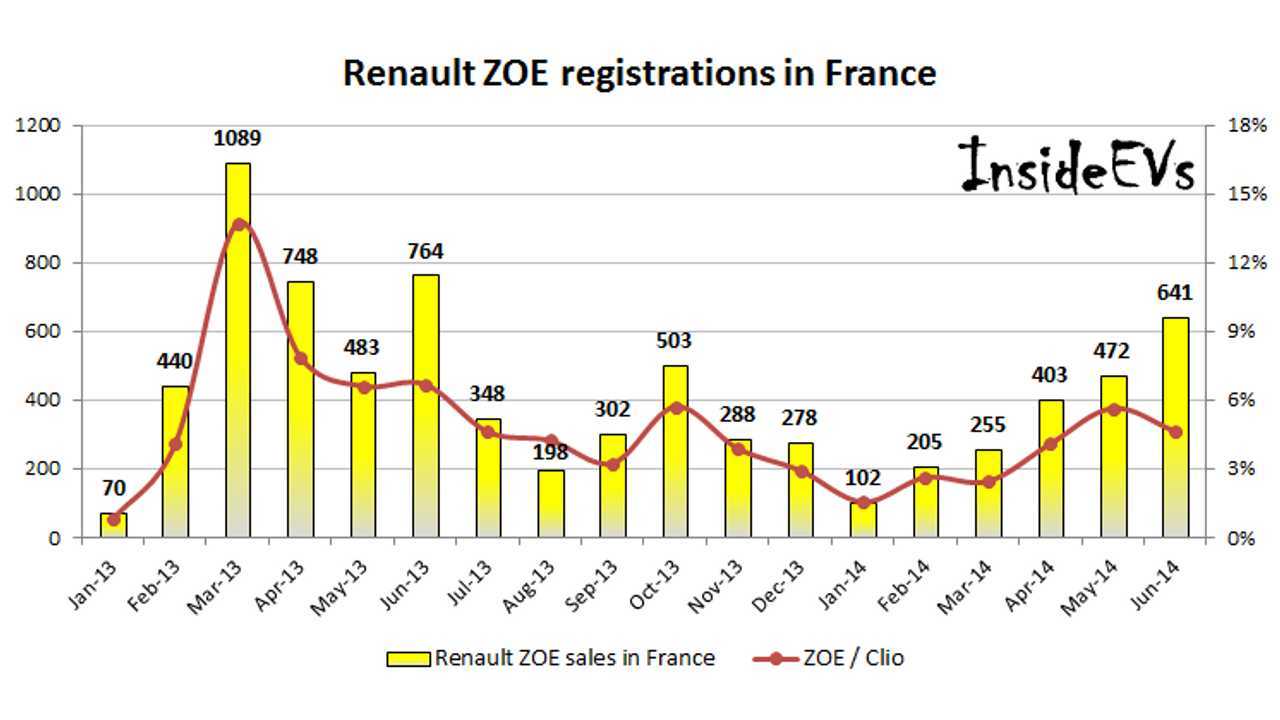 Last month, the best selling electric Renault reached 641 registrations in France, which is one more month in a row for sales growth.

641 still misses the previous 764 result from June, but shows Renault is going in the right direction.

And for the very first time this year ZOE exceeds 60% market share for electric vehicle in France (last year's record high in June was 85%). No other EV can dream of such deep market penetration in France.