BMW i3 REx In Real-World Use 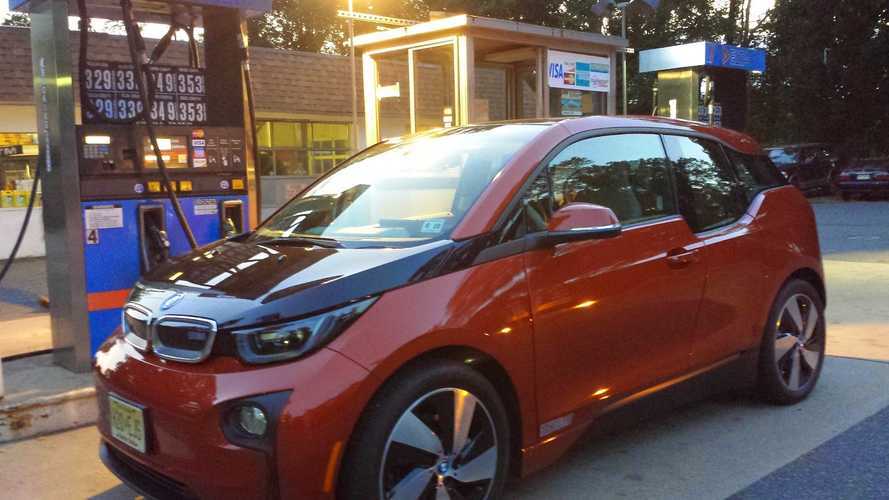 Today I got to experience the REx in the wild. What I mean by that is I actually needed it. I experienced the REx twice before but those were not when I needed it. One was driving around town and letting the battery drain low enough for the REx to fire up because I wanted to see how it would perform. The other time was a maintenance mode that the i3 runs during long periods of inactivity.

This time was different. This would be about a 100 mile trip with 90% of it being highway and the car would be full of family and stuff. Some might say 100 miles....maybe I could make it on electric alone, well nope. With extra bodies it weighs the car down and the biggest draw is I would have to use the climate control so everyone was comfortable and I don't mean just a little ;) .

*Editor's Note: This post appears on Chris' "My BMW i3" blog.  Check it out here.

Off we go, I put the car in Eco Pro+ but of course right away I was asked to roll the windows up and turn the AC on so back to Eco Pro since in "+" mode there is no climate control. On the highway I kept my speed to 65mph to extend the range as much as I could. Things were looking good...I was driving well enough to do about 90 miles guessometer. I was pretty pleased with myself and began to think of i3 REx EV masterfulness where I might actually reach 100 miles in EV mode. Then one glitch, with about 30 miles left I pulled over to make another stop so the family could pick up some food. I turned the car off for about 10 minutes. Once everyone was back in the car I turned it on and range dropped to 20, I lost 10 miles just like that...I'll explain what happened there in just a moment. With this event I really wished for that State of Charge (SOC) readout that for some reason BMW decided to remove from the US version. Our ActiveEs had it and it was much easier to determine actual range. This guessometer in the i3 is truly guessing. BMW bring back the SOC, this is the ultimate driving machine not the ultimate guessing machine.

Ok...so those lost miles...as mentioned a few sentences earlier I parked, turned the car off for 10 mins then back on and noticed the guessometer showed 10 miles less. I was not running the AC, doors were closed and it was not hot, so what gives. Well it seems the navigation is tied to the guessometer. During that 10 mins of parking I programmed in my final destination, the nav calculated hills and speed along the highway and adjusted. Confirming this...umm feature....this morning I was on my way to Tom's i3 gathering and my range showed 92 miles...I punched in Tom's address, chose start navigation and right before my eyes the range dropped to 77. Ok, now I stop navigation and we are back to 92 range. Not really liking this, though I get what BMW is doing, with that said please let us disable this. I looked and could not find a way to turn that off..bummer. So here is a thought, if the nav says a shorter range but I turn it off and I have more range...will the REx stay off longer or will the guessometer adjust near the end....to be determined.

Nice of Serenity to warn me but I have a REx

Back to the story. As we drove along the miles ticked away, down to 4 left and 82 miles of electric the REx kicked in. There was a slight vibration, I felt it because I was waiting for it, my family noticed nothing. We were burning fuel, it just felt odd, I noticed no reduction in power and the AC ran fine. I did notice the battery bar start to drop below 5% or at least best I could tell. When that happened the little 2 cylinder revved up, now we all could hear it even on the highway. It was not bad but it was there. That little motor revved until the blue bar moved a bit right to reach the upside down grey triangle then it quieted down. Each time that blue bar lowered it revved back up, it was working to maintain a level of between 5% and 7%.

Again the REx was not loud, when revved up you could feel it though not bad and keep in mind an EV has no vibration so everything feels enhanced, it was odd to hear a little put put going on from an EV. Of course that sound is much better than the sound of my family complaining we are stranded.

Once off the highway the REx relaxed a bit and at stop signs or red lights turned off. We did about 16 miles with the REx and my over all kWh/miles for the trip was 4.6. Not bad for highway and AC running.

I probably could have made it with the pure electric i3 - it has slightly better range being lighter but it would have been white knuckle driving wondering if we would make it, I've done that before and it is no fun. Added I'd slow down and get off the highway and turn off the AC making the trip longer and less comfortable which my family would not be happy with. There are no convenient public EVSEs along the route and that adds to the stress. When winter arrives there would be absolutely no way I could have made it without the REx, the REx did its job, it added mobile convenience as well as peace of mind.

Do I wish the i3 had more battery range....of course...but it doesn't so the REx is a viable option. It works and with that I will be driving my EV more which is a good thing, as well as letting my family take it out on runs.