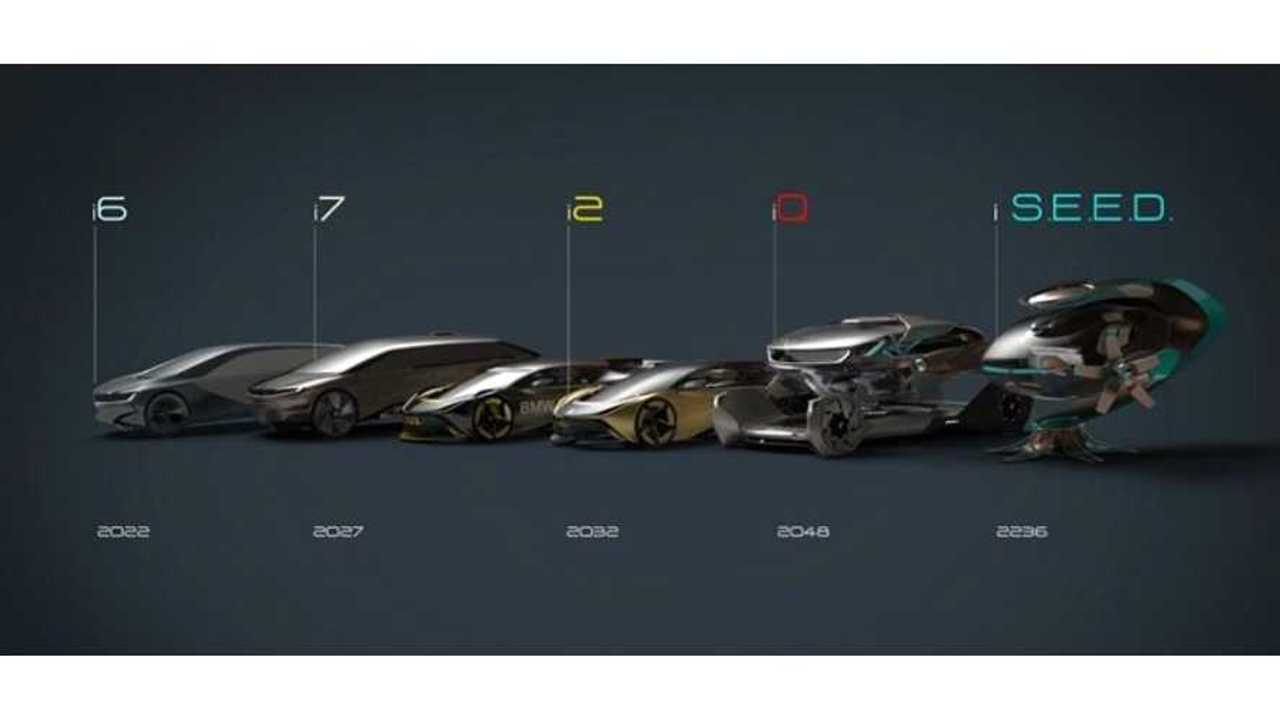 "Lee focused on BMW i for his bachelor thesis at Art Center College of Design in Pasadena, California, setting out a vision for the brand from present day to the distant future where more versatile transportation is required to negotiate harsher environments."

"BMW was so impressed by Lee’s work that they not only chose one of his concepts to represent the company at the prestigious 2013 LA Design Challenge, but also offered him a position at BMW Group Designworks USA. In that sense, these renders have more credibility than others."

Hopefully, we will not wait so long for the next BMW i models.

"Due by 2022, the i6 will bridge the gap between the plug-in hybrid i8 supercar and the electric i3 megacity car. Long and low, Lee says the i6 will strengthen and re-modernise the brand’s design values, an essential feature of BMW i."

"BMW is anticipated to launch an i5 at some point in the next few years – anticipated by some to resemble a stretched version of the i3 in design terms - but Lee’s i6 sits above it with four figure-hugging seats and a more sporting profile. Practicality isn’t entirely forgotten, however."

"Five years later BMW launches the i7. It will be the flagship of the sustainability-oriented brand, offering a fully autonomous driving experience, much like Rinspeed’s Tesla Model S concept.

While the exterior design of the i7 offers a further evolution of the BMW i design language, foregoing the layered effect seen on earlier cars, the versatility of the spacious interior and its different configurations are core to the car’s appeal."

"In 2032 BMW launches its new compact sportscar – the i2. Borrowing design cues from the current i8, the low-slung two-seater features a wrap-around carbon fiber body that incorporates a transparent floor. The idea is to offer a driving experience akin to flying, but it also allows BMW’s driver training school to teach student the correct racing line."

"Arriving in 2048, the last concept for urban environments – the iQ – seems the most farfetched but is perhaps most closely aligned to BMW’s official vision of future mobility. The vehicle is split into two parts, ‘Life’ and ‘Drive’, just like BMW’s current i cars, although they have different meanings here."