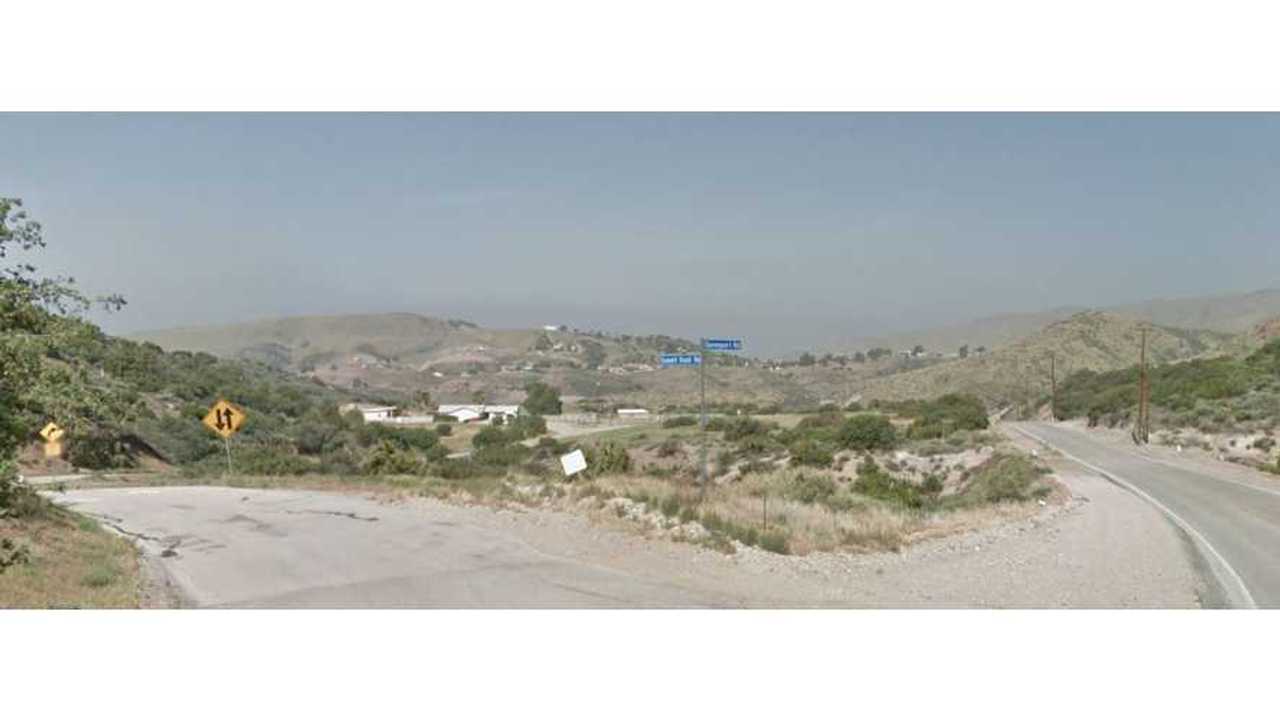 In Santa Clarita, California, a driver of a Chevy Volt reportedly was not seriously injured after plunging more than 100 feet down a ravine.

"Shortly before 2:30 p.m. Sunday, firefighters were dispatched to a precipice near the intersection of Davenport Road and Summit Knoll Road for reports of a car over the side and the possibility that someone was trapped inside."

"Firefighters found a white Chevy Volt at the bottom of a ravine."

We have no images of the wrecked Chevy Volt, but we figured this Google Street View of the intersection (link to Google Maps of area here) mentioned would provide some additional context to the story:

“A patient was extricated and paramedics were heading uphill."

“The car was still on its wheels.  The motorist was not transported to the hospital.”

So, apparently the injuries were very minor.

The damaged vehicle was retrieved by tow truck operates who were advised they'd need 300 feet of cable to get the vehicle out of the ravine.