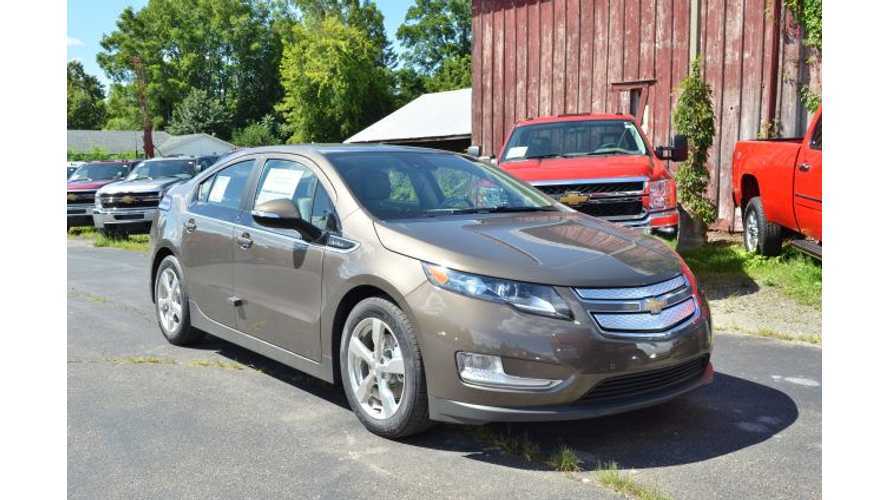 A thorough search of General Motors and federal recall records conducted by TheDetroitBureau.com concludes that only 3 "key" General Motors' models have not been recalled by the automaker this year:

TheDetroitBureau adds that some product variants, including the electric version of the Chevy Spark (Chevy Spark EV) have not been listed in any of the 54 recalls announced thus far by General Motors this year.

So, 2 of the 3 plug-in vehicles that General Motors makes have escaped the GM Recall Of 2014.

"GM’s recall numbers are daunting: 54 separate recalls in just six months affecting nearly 26 million vehicles sold in the U.S., nearly 29 million worldwide. That works out to one separate recall nearly every three days. GM has a record for any individual manufacturer, and has pushed the overall U.S. auto industry to an all-time record, with manufacturers collectively recalling about 39 million vehicles in just six months, 20 percent more than the previous peak for all of 2014."