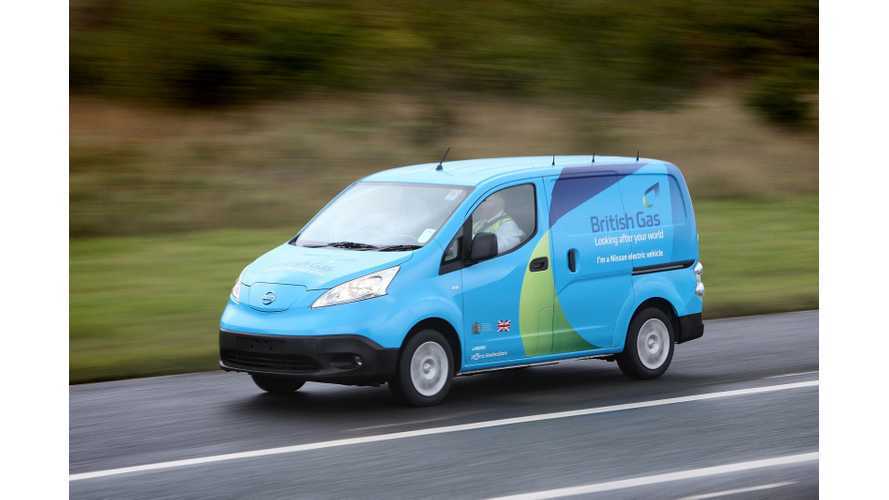 British Gas, testers of the largest fleet of 28 pre-production Nissan e-NV200 in the UK, recently released together with Nissan a video from the trial.

This time it's about how well e-NV200 works in winter conditions. According to Steve Cummings, a British Gas engineer, everything works fine, which is what we expect to hear as British Gas already ordered 100 units as part of an effort to electrify 10% of its 13,000-unit fleet.

"British Gas, the UK's leading energy supplier, operated Nissan's 100% electric e-NV200 van throughout the winter of 2013 as part of its home-service fleet."

"Steve Cummings, a British Gas engineer, shares his experience of the e-NV200 and how the innovative van improves daily business operations."