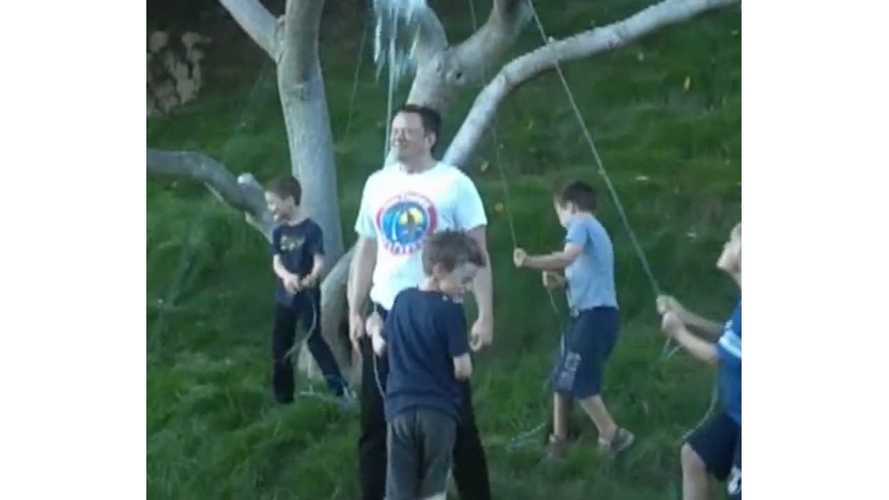 Earlier this week Bill Gates took up the "dump a bucket of ICE water on your head" challenge to raise awareness for ALS from Facebook CEO Mark Zuckerberg (you can watch that video here).

Then the ex-Microsoft boss asked Elon Musk to do the same; and even though the Tesla and Space X CEO has being feeling a little under the weather of late...no one says no to Bill.

And while Gates came up with an elaborate way to dump the ice water on his head, Elon did one-up Bill by having 5 buckets dumped on his head by his 5 kids.

The kids then nominated Notch (aka Markus Persson of Minecraft fame), Johnny Depp and Tony Hawk to do the same...but unless someone challenges Carlos Ghosn you'll have to search the web yourselves to find out if they accept.