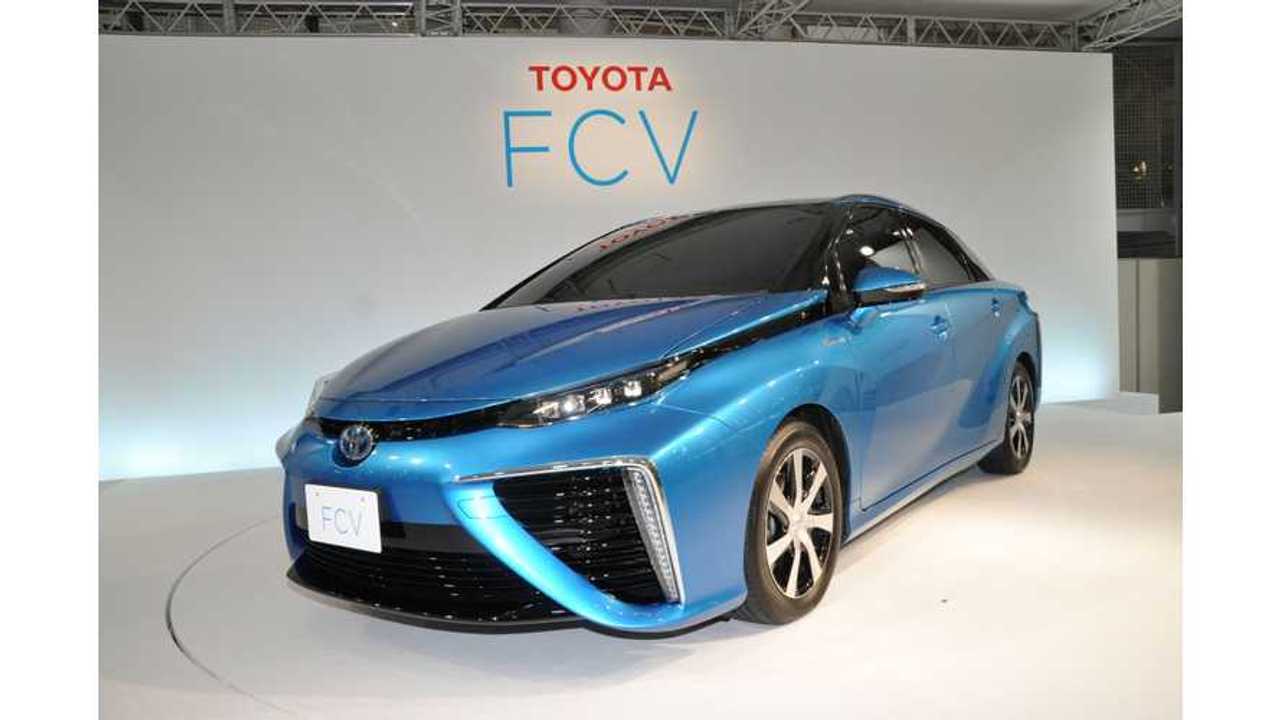 Toyota is in the process of attempting to get a 2-year safety-related exemption from the NHTSA for its upcoming fuel cell sedan.

Bloomberg details the exemption as follows:

"The rule, called FMVSS No. 305, requires carmakers to isolate high-voltage parts in electric cars in the event of a crash. The company’s new car, which uses hydrogen to generate electricity, doesn’t fully meet this requirement because a mechanism for protecting against electrical shocks in lower-speed crashes would render its vehicle inoperable, Toyota said in a petition to the National Highway Traffic Safety Administration posted by the regulator this month."

Toyota would rather handle protecting occupants and first responders from shock risk in this way:

"...by insulating high-voltage cables and surrounding components such as the fuel-cell stack, motor and battery with metal barriers."

We're not sure if Toyota's method is safe enough to be approved for use on public roads in the U.S.  The NHTSA will decide that.

If Toyota is not granted the exemption, then it's back to the drawing board for the U.S. market Toyota fuel cell sedan.