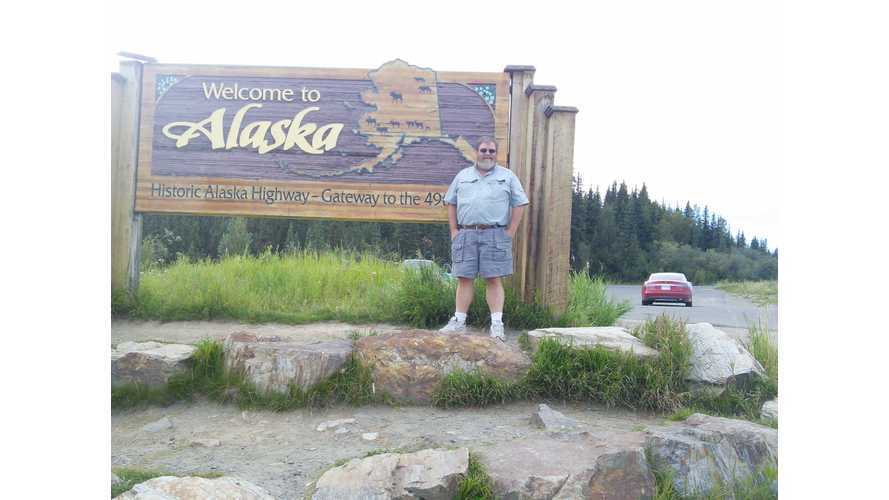 “It’s a lot of fun. The moment you feel that instant torque - it’s like a sports car and can go 0 to 60 in about 4 seconds - they call it the Tesla grin.”

Says Guy Hall, who took his 85 kWh Tesla Model S on a venture from Yuma, Arizona to Fairbanks, Alaska. 3,600 miles without a drop of gas!

Hall is a 30-year employee of Hewlett-Packard who admits to not being much of an automotive enthusiast, owning cars such as Ford Tauruses his whole life.  By no means there's nothing wrong with that.

Hall is rather a tech guy. Which vehicles are chock full of a lot of innovative technology?  If you answered electric vehicles, then you'd would be correct. Sure enough, Hall and his family own a Chevrolet Volt, Nissan LEAF and his Model S.

“What surprises me is that with most tech businesses, you try to innovate on one or two dimensions, but they’ve innovated on everything and seem to have kept it all in control. It just boggles my mind.”

Hall completed the trip in 17 days, mainly using Tesla's superchargers. Though the trip would not be so easy had he not used some Level II chargers. Some planning was involved:

“I sat down with a pad of paper and figured I could do it.  I also had plan Bs and plan Cs, just in case.”

We always thought the real fun of a road trip in a Model S would be to slow down. How so? It can give you the opportunity to explore the many areas involved where the chargers are available.  This is precisely what Hall discovered.

Hall said that while it took him longer to get to Fairbanks than it would have in a gasoline-fueled car, it gave him an opportunity to explore Canada and Alaska in a way that he wouldn’t have been able to if he was speeding through.

“It slows you down to take a break. Sometimes it’s about an hour, but you get a chance to meet people. I’ve met some marvelously nice people here.”

Model S owners, what is the longest road trip you have been on? Any issues?

*Editor's Note: Guy Hall is a board member of the Electric Auto Association (EAA).  InsideEVs works side-by-side with the EAA to promote the adoption of electric vehicles around the world.