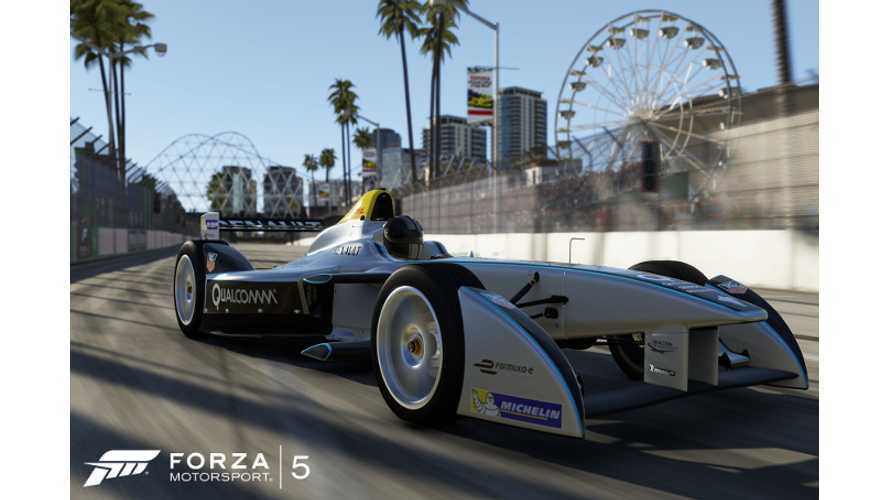 Since August 12, gaming fans can try an electric racer in Forza Motorsport 5 on Xbox One.

This is of course the Spark-Renault SRT_01E car used in FIA Formula E Championship.

Beside race circuits, the game includes a street track in Long Beach, where Formula E will race on April 4 2015.

"Available as a free download in the Xbox Live marketplace, this marks the first time in video game history that a fully-electric single-seater has been featured as a playable car on a home entertainment system."

"As part of Forza Motorsport 5, fans will be able to race the Spark-Renault SRT_01E around iconic tracks throughout the world including the streets of Long Beach where the 20 Formula E drivers will compete in the inaugural Long Beach ePrix on April 4 2015."

“It’s fantastic that gaming fans will be able to drive our Formula E car and experience electric racing for the first time in their own homes. The partnership with the Forza Motorsport series ties in perfectly with our desire to increase interaction with our fans through social media, offering new ways to experience motorsport by making it accessible to the general public and the chance to play a part of the racing through FanBoost.”