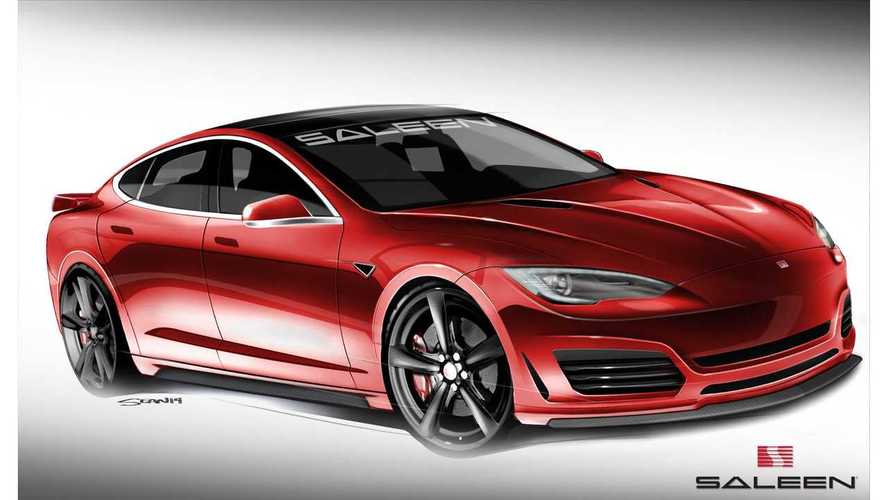 This Sunday (August 17) in Monterey, California, Saleen will debut to the media and public its much-anticipated tuned Tesla Model S.

Now officially named the Saleen FourSixteen, Saleen Automotive states the following in regards to the unveiling:

"Spectators, Automotive Enthusiasts, and Media will all have access to preview the new Saleen vehicle during the Sunday August 17th event. Additional details and images will be released shortly following this first ever viewing. As a first time public unveiling, the new Saleen vehicle will be on display on the Concept lawn."

In regards to the name and what to expect of the Saleen FourSixteen, Saleen adds:

For our extensive coverage of the Saleen Tesla Model S, click on the various links below:

Saleen Tuned Tesla Model S To Be Sold In China Too