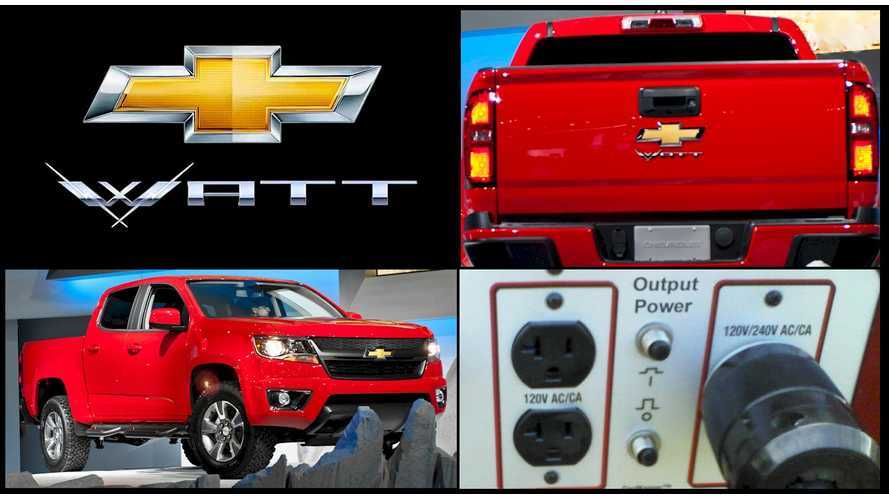 Ever wonder what the end result could be if you stuffed the Chevrolet Volt's electric powertain into a Chevy Colorado?

Arrived on GM-Volt.com that is.

The Watt is one man's vision of what General Motors could do if it ever attempted to combine Voltec technology with its compact/midsize truck platform.

We're certain the Chevy Watt would be well received, but will GM ever build it (or, for that matter, will GM ever do a plug-in truck)?

Sure GM will, at some point in the way distant future, but it'll most certainly be a full-size truck that gets the plug-in tech and it won't use the Volt's Voltec system, but rather something specifically designed for truck duties (think VIA Motors).

But we're allowed to dream, right?

What do you think of the Chevy Watt?  Would you buy it if it were pure Voltec with no changes dropped into a Chevy Colorado?