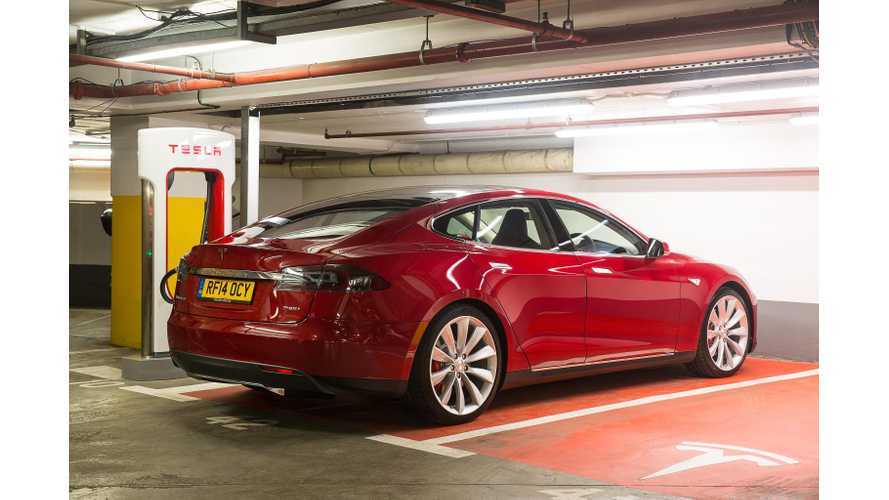 The first is installed in London, while the second one is in Birmingham. Both are small units with just 2 stalls.

"The first new Supercharging site is located at Hyatt Regency London – The Churchill, on Portman Square. The Supercharger can be accessed in the hotel car park, which will be free to Model S owners for one hour while charging. With valet parking available, it is the first Supercharger in central London and represents the first step in Tesla’s inner-city charging strategy for the UK. Such centrally located Superchargers will allow customers who don’t have access to off-street parking or personal garages to easily find charging options close to home or work."

"The second Supercharging site is at the Hyatt Regency Birmingham, on Bridge Street. As well as allowing Model S owners to charge upon arrival in Birmingham, the site enables electric travel to the Midlands and beyond."

“This Birmingham location signifies our first move out of London in recognition of the fantastic support in the area. We will open a store in coming months offer Midlands-based Model S owners a convenient local service.”

“Both Hyatt Regency hotels offer a great base for Model S owners whilst charging. With everything from bars and restaurants through to business centres and gym facilities*, there is plenty to keep you occupied for your 30 minute charge."

"*Other facilities charged at extra cost”

According to the latest press release, Tesla energized 168 Superchargers worldwide and calls itself "the largest and the fastest-growing fast-charging network in the world".