Why Detroit Electric Should Lose Its Trademarked "Detroit" Name 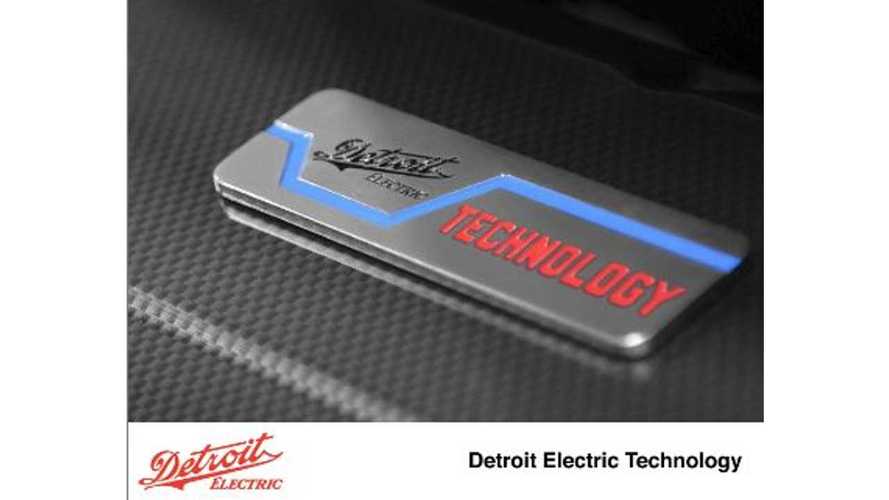 Turns out we're not the only ones out there who think that Detroit Electric should lose "Detroit" in favor of perhaps "Holland," "UK" or even "Asia."

Asian-owned Detroit Electric, in choosing a UK site to manufacture its SP:01 electric roadster with an Asian electric motor and battery pack, seems like its stealing the Detroit name when in fact the company has so little tie to the Motor City.

Keith Crain of Crain's Detroit seems rather unpleased with Detroit Electric's use of the "Detroit" name.

"The company's electric car, which was an English shell with Asian electric motor and batteries, was met with back-patting and handshakes from local dignitaries. Yet there was nothing Detroit about it except the name."

"At the time, I referred to the project as Grand Theft Auto, and it sure looks like it's been confirmed as the company is now setting up shop anew in the Netherlands."

"I never thought that it would really do business in Detroit, so I wish that the U.S. trademark office could wrestle control of the Detroit Electric name from this Asian/European company."

As a Detroiter, I agree with Crain on this one.  There's nothing Detroit about Detroit Electric aside from its headquarters in the Fisher Building, which we're told employs 7 individuals.

I'll point out though that Crain is incorrect in stating that the "company is now setting up shop anew in the Netherlands."  That indeed was where Detroit Electric previously planned to produce the SP:01, but that's now been tossed out in favor of a production facility in Leamington Spa, UK.

Crain argues that someday in the future an electric vehicle maker who actually makes EVs in Detroit will want its name to be tied to the city and that's fine with him.  But this "Detroit" Electric automakers has no right using the city's name.  Crain concludes:

"I was a bit outraged at these Detroit Electric folks who came into our city claiming all sorts of activities that obviously never came true. And now, not surprisingly, they skipped town. I have no idea what this community is supposed to do, except lament the theft of what was once a revered brand name."

"I just hate to see this company get away with Grand Theft Auto."