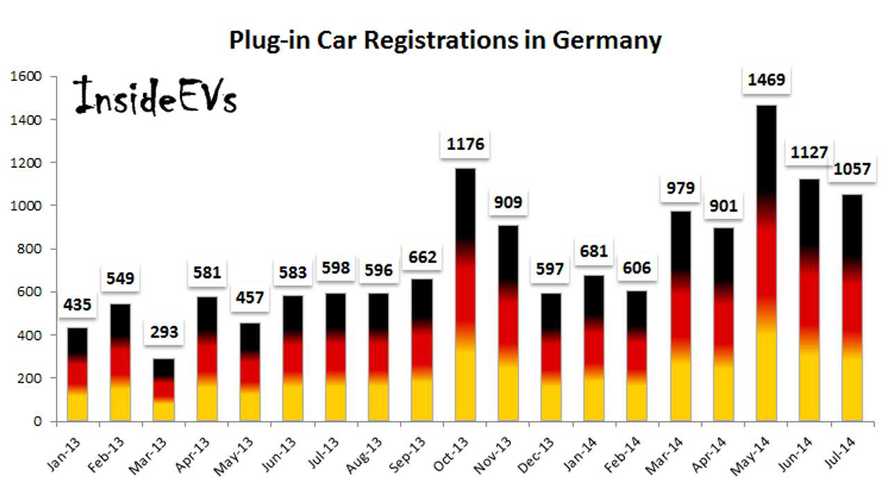 Plug-in car sales in Germany grew strongly in July, reaching 1,057 registrations and a total of 6,820 through the first seven months of 2014.