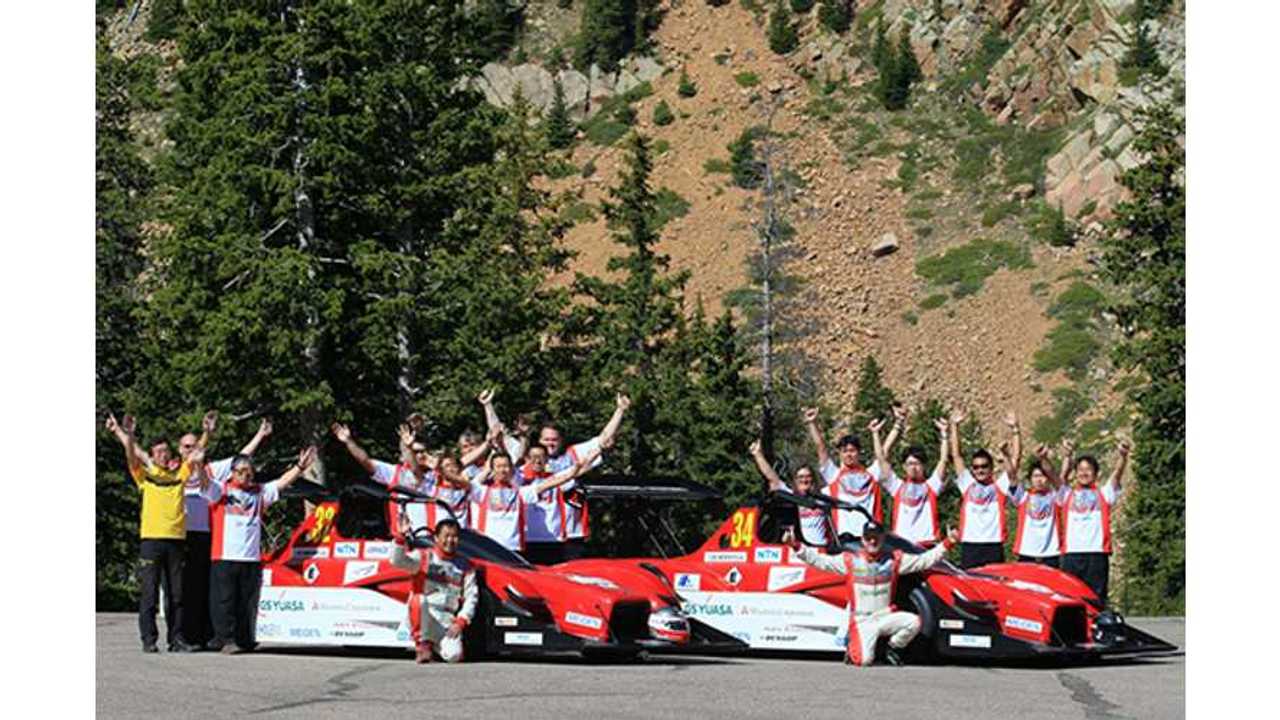 The Mitsubishi Motors' racing team was the fastest in the third practice session at the 2014 Pikes Peak International Hill Climb, which this time was held on the technical Middle section of the course.

Like in the two previous sessions, Greg Tracy led the Electric Modified Division, followed by teammate Hiroshi Masuoka. With such outstanding results, the Japanese team will try not only to win the EV class, but also to win overall, which would bring a lot of attention to EVs from around the world. For now, there is maybe just a few ICE racers that are comparably fast on the Pikes Peak course.

"Today was the last day of practice and I am pleased with the balance of my race car as well as the way I am driving going into the race. The middle section where we ran today includes several tight corners, but by using the torque vectoring from the S-AWC system allows the car to rotate further making smooth exit out of the turn. This made me realize just how amazing this S-AWC system functions are once again.

In addition, it allows you to trace the line you are aiming for and provides additional comfort and confidence to drive. The S-AWC system in the MiEV Evolution III is being developed with ability of utilizing towards our future production vehicle as well. By developing this system at this challenging course, I am sure that this valuable data and technology can be fed back to our future production units.

As for this coming Sunday, we will obviously aim for the win in Electric Division together with my teammate Greg Tracy, but also will have our sight on winning the overall title. My job as a professional racecar driver is to focus and extract 100% of my own ability during the run. Physically and mentally, I am ready to go and will be attacking the mountain with full force on the race day."

"Today’s middle section has numerous twisty and tight turns and it is not my favorite part of this course, but the MiEV Evolution III’s S-AWC system aided my driving to run aggressively with full confidence. Middle section also has many stop & go turns which make it hard on the brakes components. However, perhaps through the sophistication of the S-AWC system, the braking performance was perfect and I was able to drive aggressively without any doubt. MiEV Evolution III was fast through Bottom, Mid, and Upper Section and was also consistent. I would like to thank all of my team members for making such a great car to drive. Now on Sunday, we’ll be racing through all three sections at once, and I will be giving my best effort in hopes of being able to deliver the great news to all of our supporters after the race."

Nobuhiro “Monster” Tajima placed third in qualifying, but his E-Runner is close enough to be considered a serious contender for victory. The difference to Masuoka was just 0.64 second.

2014 Pikes Peak International Hill Climb race is scheduled for June 29. For those who would like to watch the “Race To The Clouds” live but can't visit Colorado Springs, organizers prepared a Livestream Portal - PPIHC Media Portal.

Here is another video from Greg Tracy's qualification in the Mitsubishi MiEV Evolution III: