Efficiency or Range? You Can’t Have Both - But Advanced Technology Can Help 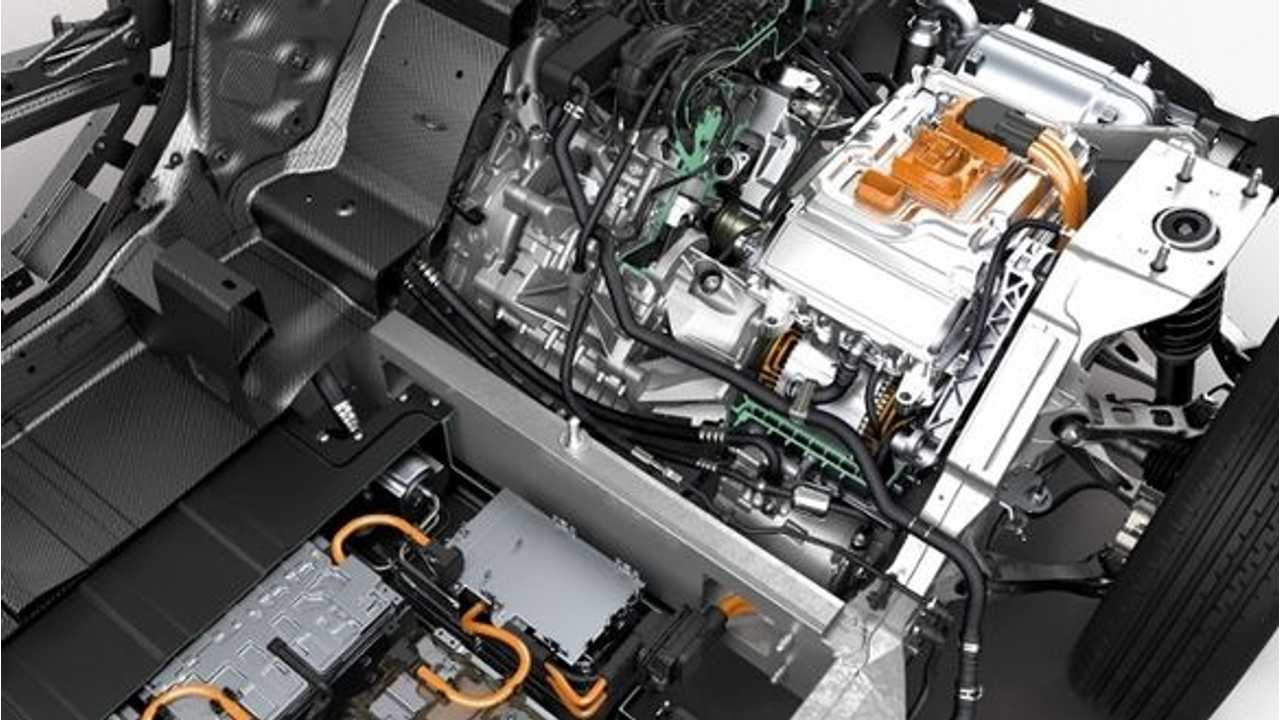 "The BMW i3 REx that might best help illustrate why a smart means of increasing the range of an EV may not necessarily be to add more battery capacity."

For a given technology, efficiency suffers as range increases due to the weight of not only additional battery capacity, but the increased structure and volume to haul that capacity around. Now that there are a significant number of plug-in vehicles being manufactured, and a recognized standard to test them, we can identify trends.

Consider Table 1 and Figure 1, a plot of efficiency (as measured in EPA MPGe) vs. range in miles for 2014 plug-in electric vehicles measured by the EPA. They are grouped into Battery Electric Vehicles (BEVs) and Plug-in Hybrid Electric Vehicles, and further identified as either conventional or advanced technology design and construction.

Conventional technology is generally characterized by a manufacturer’s use of an existing gasoline powered platform modified for battery electric drive, steel frame construction and cladding, and standard battery technology. Advanced technology is generally characterized by a clean sheet, purpose built EV design, extensive use of aluminum or aluminum plus Carbon Fiber Reinforced Plastic (CFRP) for weight savings, higher energy density lithium ion battery packs, with the bonus of performance equivalent to or exceeding the best of conventional technology plug-in vehicles.

Beyond the obvious observation that the price of greater range is lower efficiency within a given technology, it is important to note the significance of advancing technology.

The ground-up EV design, significantly lighter weight construction, and advanced battery technology of the BMW i3 and Tesla Model S push the blue trend line significantly up and to the right of conventional BEVs’ green trend line.

It is this outlier of a data point, the BMW i3 REx that might best help illustrate why a smart means of increasing the range of an EV may not necessarily be to add more battery capacity.

Battery energy is clean and well suited for powering vehicles for relatively short-range transportation but due to its weight and lengthy charge times, inefficient and inconvenient for long distances. On the other hand, the benefits of energy density and convenience make gasoline/diesel energy better suited for longer range transportation with the trade-off being greater well to wheel emissions in many parts of the world.

In the case of the BMW i3 REx, each mile of range requires either 0.15 pounds of gasoline, or 5.7 pounds of battery capacity. At 37 times the mass specific energy density of battery power, very little gasoline is required to extend range for a given tank size, and that tank can be replenished in minutes nearly anywhere in the well developed fossil fuel infrastructure that currently exists worldwide.

1 -- EPA testing protocol does not account for approximately 4 miles of range remaining after REx fuel exhaustion when publishing a 72 mile battery powered electric range before REx activation, but does account for it in the total range calculation of 150 miles: 72 electric miles + 1.9 gal x 39 mpg + 4 electric miles = 150 EPA range (76 electric + 74 gasoline). 76 miles of range is also the result of dividing the EPA measured total i3 wall to wheel consumption of 22.0 kWh by the i3 REx EPA measured consumption rate of 0.288 kWh/mile. This value is further corroborated by the CARB BEVx designation awarded to the i3 REx which requires the electric range not only be at least 75 miles, but that it must exceed the gasoline range, neither of which would be possible without accounting for the ~4 miles of range remaining after REx fuel exhaustion.

3 -- While EPA rated at 87 miles of range in its base form, purchasers of the Mercedes-Benz B-Class can choose to pay an additional $600 for the Range Package, which makes an additional 17 miles of range available. There is no difference in total battery capacity between the two configurations, only the percentage of SOC made available to the driver.

4 -- The 8 BMW battery pack modules weigh 55 lbs. each, for a total of 440 lbs. Reference page 17 of the BMW i3 Service Managers Workshop Participant Guide at http://darrenortiz.com/website_pdfs/ BMWi3PG.pdf.

5 -- 265 lbs for the REx engine and all associated equipment is the difference in weight between the i3 BEV and i3 REx as published on BMW’s spec pages: http://www.bmwusa.com/Standard/Content/Vehicles/2014/i3/BMWi3/Features_and_Specs/BMWi3Specifications.aspx http://www.bmwusa.com/Standard/Content/Vehicles/2014/i3/BMWi3RangeExtender/

Features_and_Specs/BMWi3RangeExtenderSpecifications.aspx. Adding the 440 lb. battery weight makes the total energy production and storage weight at 76 mile of range 705 lbs. This increases by 11.4 lbs. of gasoline for every 74 miles driven beyond 76.

6 -- Widely quoted in other sources, Car and Driver claims the Telsa Model S 85 kWh battery pack weighs 1,323 lbs: http://www.caranddriver.com/reviews/2013-tesla-model-s-test-review. This is exactly 600 kg, making it appear to be an estimate, but it is the only number we have to work with, as Tesla does not publish the spec.