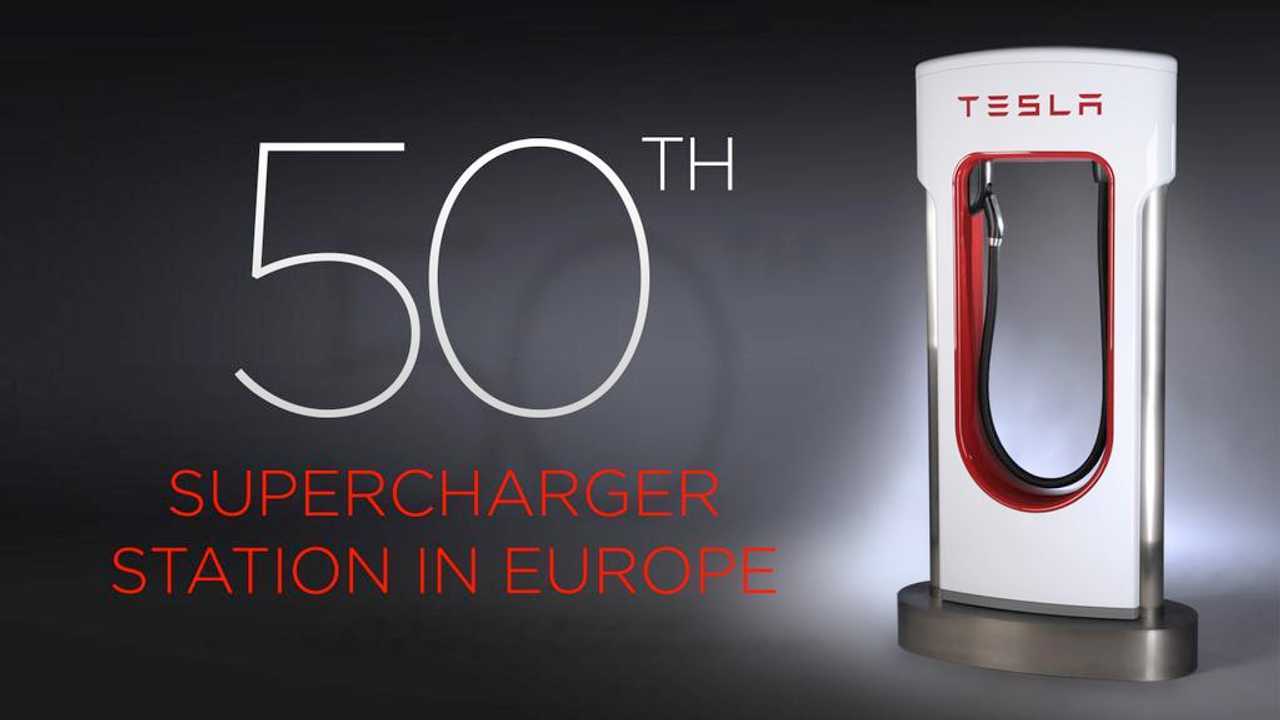 In North America, the opening of the 100th Tesla Supercharger was celebrated just a short while ago (105 Superchargers are currently operational in North America).  That milestone was definitely worthy of celebration and this one is too:

"Announcing our 50th Supercharger in Europe! The latest opening in Narbonne, France, is another step towards an extensive Supercharger network in Tesla's major European markets."

The current grand total for Tesla Superchargers worldwide is now at 168.

Oddly, Tesla has 54 Superchargers currently listed as open in Europe, so the automaker is quite a bit behind in announcing the 50th milestone achievement.