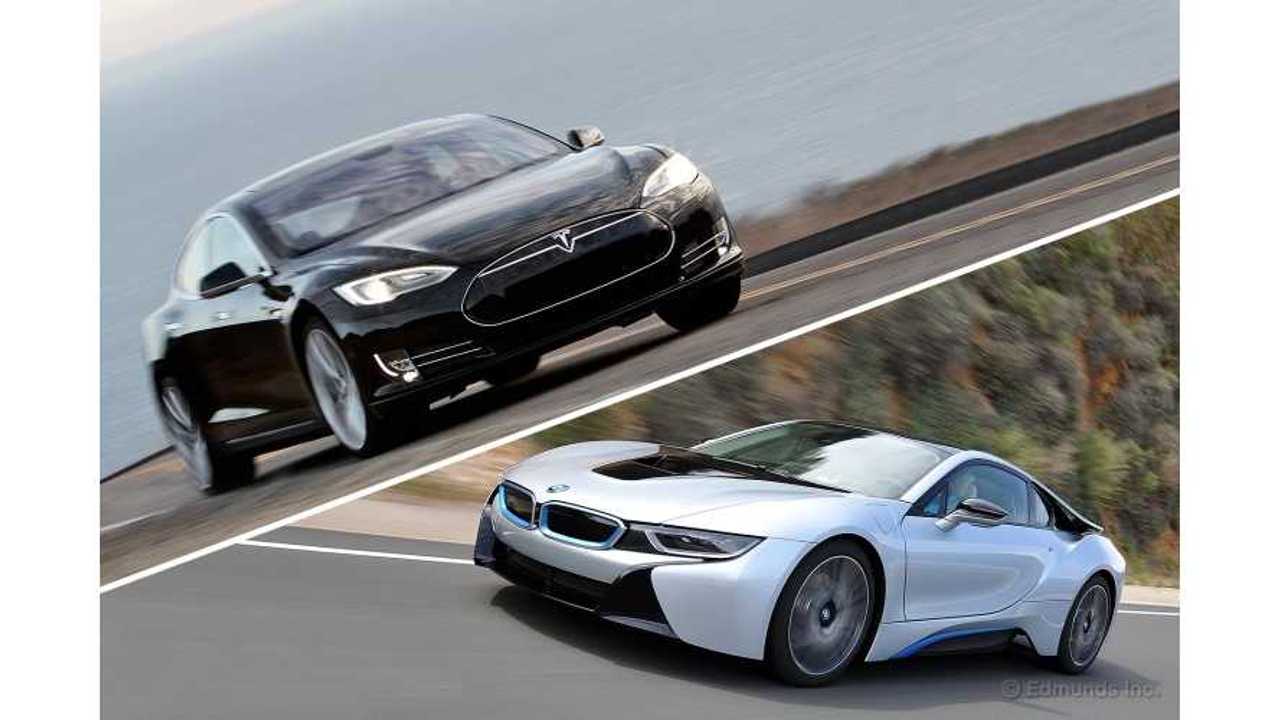 Edmunds.com publishes its own comparison review of the BMW i8 and Tesla Model S.

Here is an excerpt from the Edmunds review:

What Kind of Performance Do They Deliver at the Track?

Both cars have the ability to twist the average EV driver’s pocket protector into a knot. Numbers like these stack up well against many of the world’s best gas-powered sports cars and sedans.

How Do They Drive on the Street?

Pin the throttle on the Tesla and the swell of torque from a standstill launches you toward the horizon. The closest thing to this experience is one of those magnetic roller coasters or being sucked into a rip tide. Your organs realign somewhere in the back of your body cavity as the roar of the tires overwhelms the whine of the electric motor.

The i8 is a wholly different experience. Flicking the shift lever over to Sport cranks on the three-cylinder motor and jacks up the volume on the fake-engine-noise generator. The fake noise sounds obviously fake while the three-cylinder settles into an awkward cadence most similar to that of a helicopter somewhere off in the distance.

With the throttle buried in the carpet, the i8 doesn’t feel all that fast. The engine’s sound doesn’t quite match the load, but there’s no internal confusion between the two drivetrains and the various gears as it puts every drop of power straight into the wheels. Just 4.5 seconds later you’re at 60 mph and think the speedometer is lying. After 12.6 seconds you’re traveling 111.8 mph, crossing the quarter-mile mark and are sure the speedometer is lying. The i8 never shows its hand in a straight line. And then you turn the wheel.