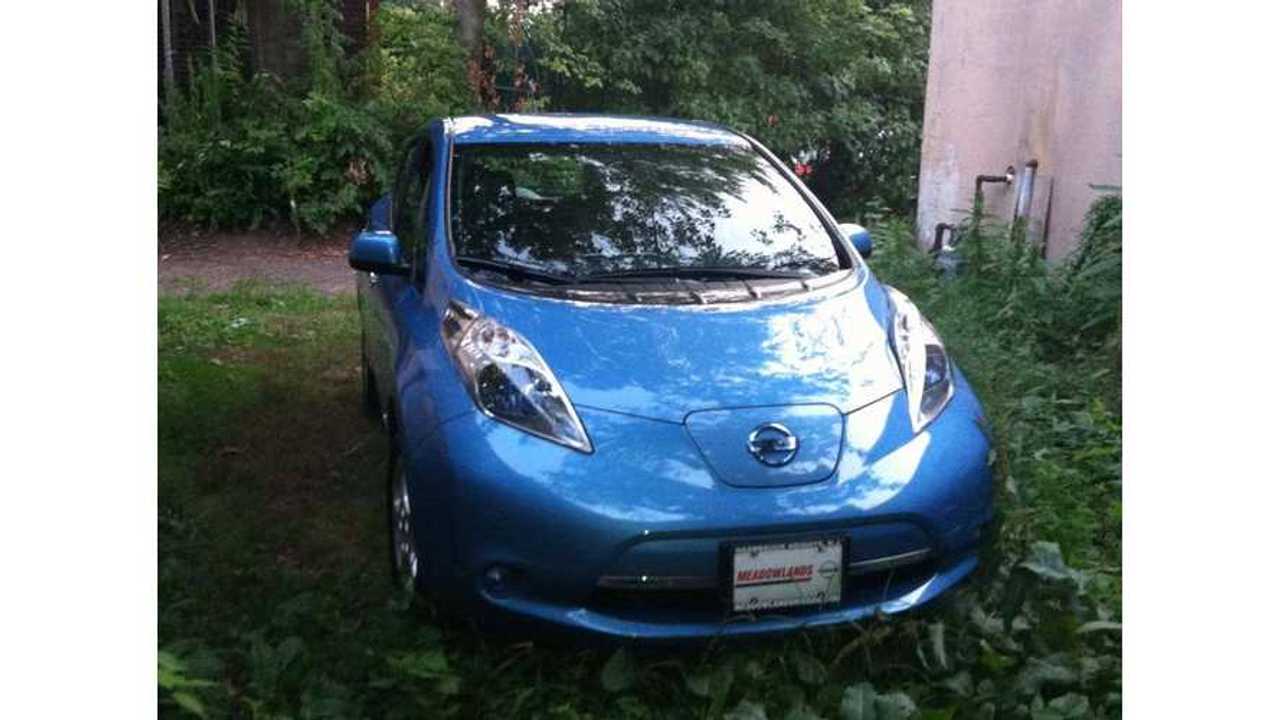 Tim Eustace, a strong supporter of electric vehicles and New Jersey assemblyman, had the unpleasant experience of a lifted diesel truck "rolling coal" all over his Nissan LEAF.

The term "Rolling Coal" is a rising trend. It basically means when a diesel truck spews out a large amount of black smoke (diesel soot) into the atmosphere.  This "rolling coal" requires the vehicle to be modified, which involves tampering with emissions (highly illegal) and computer tuning.

We are dumbfounded on why anyone would desire to do this. Except for the driver of the diesel truck, mostly everyone does not enjoy seeing or experiencing this act. There is an endless amount of videos, mainly on YouTube, of diesel trucks performing this shameful act.

All it precisely proves is an individuals arrogance.  The individual must enjoy wasting money on diesel fuel because that's what happens when you "roll coal, not to mention the fines involved with emissions tampering, which is well up into the 5 figure range and possibly involving jail time from laws that currently exist.

Eustace wants to ban this "rolling coal" and we do not blame him. We can all agree that this act of indecency is unneeded and something should absolutely be done to put an end to it. Who says diesel trucks are above the law?

“People had been telling this has been going on, but I hadn’t seen it.”

“I was surprised to experience it myself.”

Eustace was already going to announce a bill on this issue a week before his experience, whether or not this "rolling coal" event happened to him. Ironic isn't it?

This act of "rolling coal" is already a violation of the Clean Air Act as DEP regulations states "shall not emit visible smoke, whether from crankcase emissions or from tailpipe exhaust, for a period in excess of three consecutive seconds."

“I wish it was that thought out.”

So, will Eustace really accomplish much with his bill? We think yes. His bill might further enforce the law, as we believe that not a whole lot is being done to curb the issue currently.

Not only are there still tons of "rolling coal" videos continuing to be uploaded, but many companies and retailers are still somehow allowed to sell these components that tamper with the emissions controls on diesel trucks.

It's easy for the retailers/manufacturers to get away with it too as they claim something like "The product(s) is strictly for off-road use only," meaning the product is not meant to be used on public roads.  However, that does not stop anyone from using it on the road.

Maybe this bill by Eustace (though limited to New Jersey) would prompt the rest of the U.S. to act against "rolling coal" and to find a way to forever ban it from use.   At least that's our hope.