Top Gear's Jeremy Clarkson Reviews BMW i8 - "Green as a Prius, Desirable as a Ferrari" 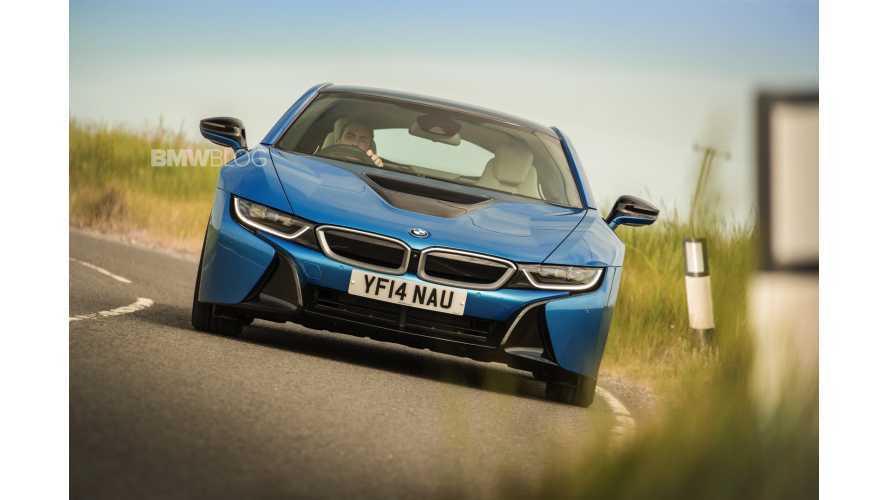 "It feels — and I have spent several minutes thinking about this — magnificent."

States Top Gear's Jeremy Clarkson as he reviews the BMW i8.

Clarkson talks a bit more about oil dependency and hydrogen cars, but we are going to focus on his review of the i8.

Like many reviews out there, he really seems to truly enjoy the vehicle, but even he found a few things to dislike in the i8.

Despite his objection, Clarkson But further add that its innovations, power and handling make it a marvelous vehicle, especially when one consider that a vehicle like the i8 has never been done before.

As Clarkson mentions, he and others have the mindset that hybrids are boring, not fun, etc. We could agree to disagree there, but the i8 certainly debunks that stereotype.

You turn it on, and you go, likely not hearing an engine until needed or desired (like most all plug-in hybrids).

It is fast, it handles very well and hangs right there in Porsche 911 territory. The real shocker is its fuel efficiency, as Clarkson was delighted with. Unlike a Porsche 911, the i8 gets around 25 miles of range (NEDC) on pure electric, and rating of 135 miles per gallon (UK)… No, that is not a typo.

"I encountered an immaculate Ferrari 275 GTS and we drove side by side for a while. My favourite Ferrari of them all and this bright new dawn, and I was wondering, “Hmmm. Which would I prefer?” The BMW is that good."