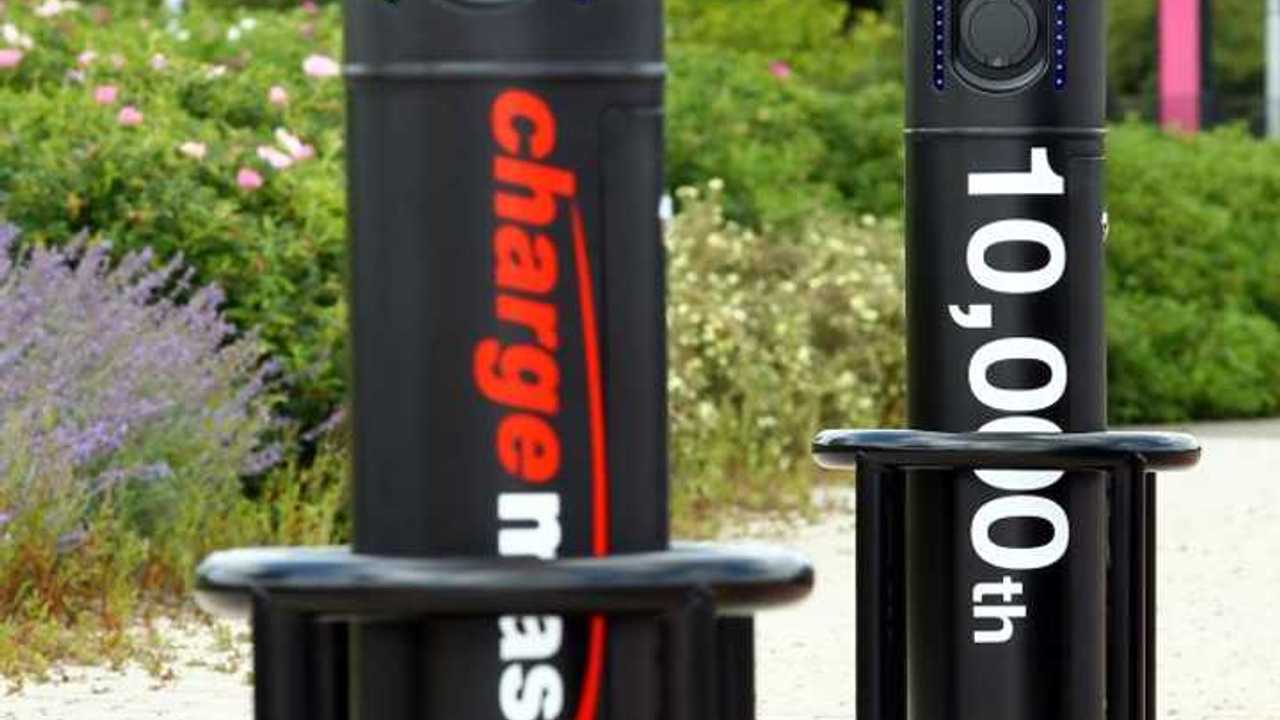 Not bad at all, taking into consideration that the company is just five years old.

"The charging point has been installed on behalf of Leicester City Council as part of a group of new units at the Enderby and Meynells Gorse Park and Ride sites through the Plugged in Midlands electric vehicle infrastructure scheme, supported by the government's Office for Low Emission Vehicles."

"The council has partnered with Chargemaster to provide the charging points, which allow EV owners to leave their vehicles charging during the day while they are at work or visiting the area, with the Park and Ride services providing the transport into the city centre."

Actual production at its facility in Luton, UK exceeds 1,200 units a month (for UK and several other countries in Europe).

“We’re very pleased to be celebrating the installation of our 10,000th public charging point, an indication of all our hard work and investment over the last five years. We’re also equally thrilled to be working with Leicester City Council to provide the city’s Park and Ride facilities with a network of reliable charging posts.”

"We already work with over 50 local authorities in the UK and we have been selected by a wide range of both public and private sector customers as the cost-effective and safe choice for electric vehicle charging. Through offering a turnkey service – right through from helping specify the type of unit, surveying the best location, installation of the charging point and if required ongoing operation of the units - Chargemaster provides a complete service for both councils and many other organisations such as hotels and supermarkets”

"As a forward-looking local authority, we are delighted to be working with Chargemaster, which is leading the charge on electric vehicle infrastructure and is making the UK a leader in this field."