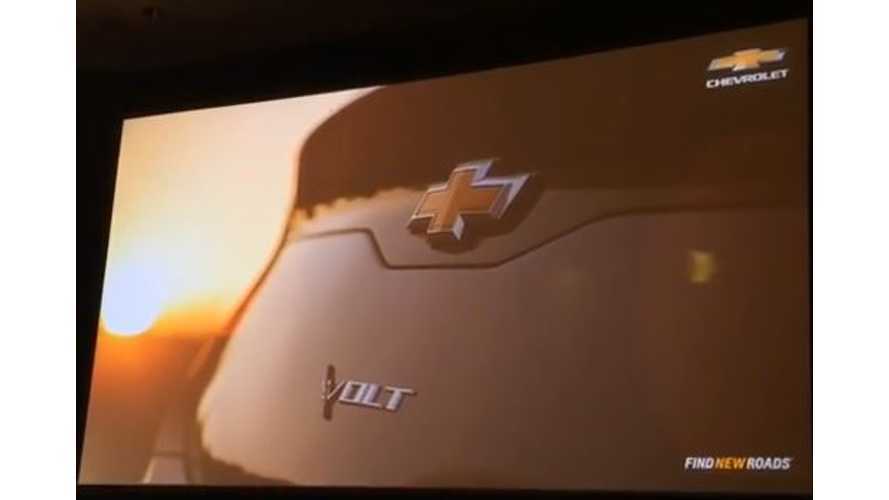 As a follow-up to the next-gen 2016 Chevy Volt teaser reveal that occurred on August 7, here is the actual video of the announcement from the 49th annual Center for Automotive Research Management Briefing Seminars near Traverse City, Michigan.

The video is brief, but it does show Chevrolet Chief Marketing Officer Tim Mahoney revealing the next-gen Volt teaser to the audience.

Officially, this marked the first time anyone outside of General Motors caught a glimpse of the actual 2016 Volt.

Mahoney speaks briefly, but the video ends rather abruptly.  It's unlikely he commented much on the next-gen Volt, as he specifically says he can't reveal details and asks the audience to refrain from questioning him in regards to the upcoming Volt.