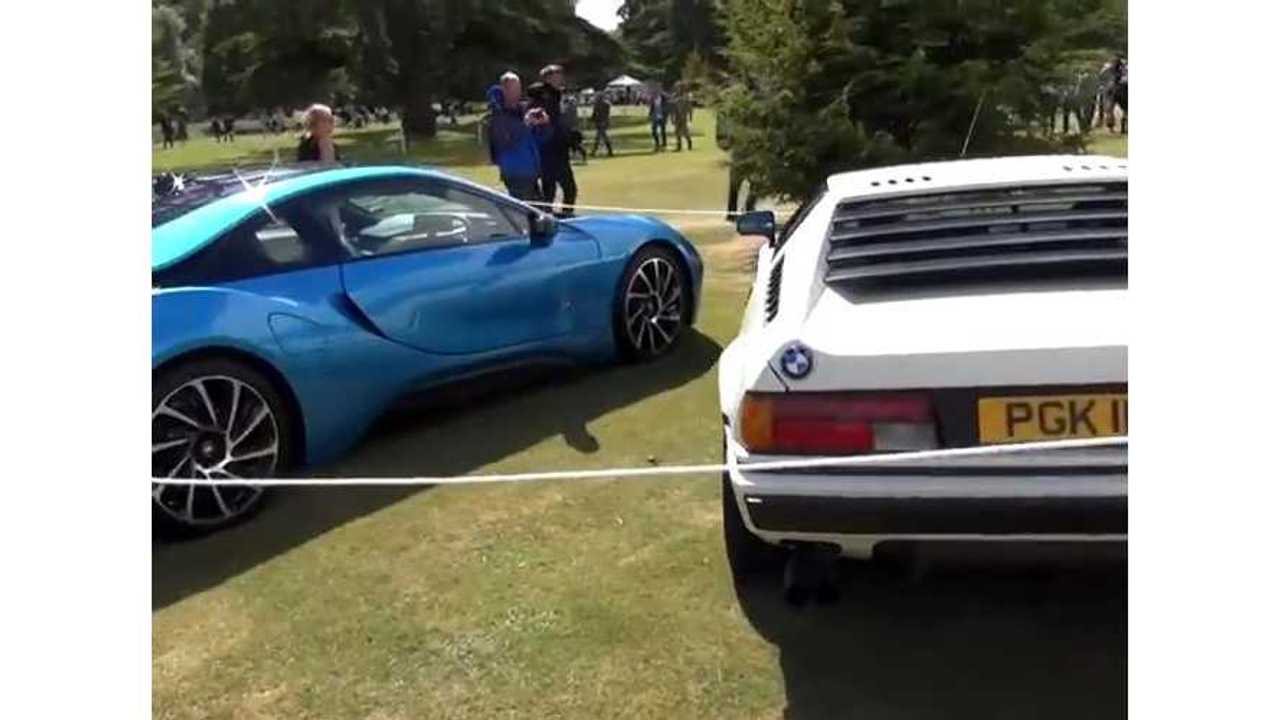 There's a them emerging among today's supercars in that the majority of the newest ones to hit the market are plug-in hybrids.  This is witnessed first hand in this video:

"A truly epic supercar display at Wilton Classic & Supercars on the Head to Head lawn, mixing old with new. With the busiest crowds gathering around the McLaren P1 and F1, and with a flurry of incredible Ferraris on display too, mixed in with the latest supercars including the BMW i8 and Lamborghini Huracan."

Even Porsche's latest supercar, the 918 Spyder (not seen in video), is a plug-in hybrid.  There may soon come a day when all new supercars plug in.  The current trend suggests that day will come soon and you can bet we're anxiously awaiting that day.