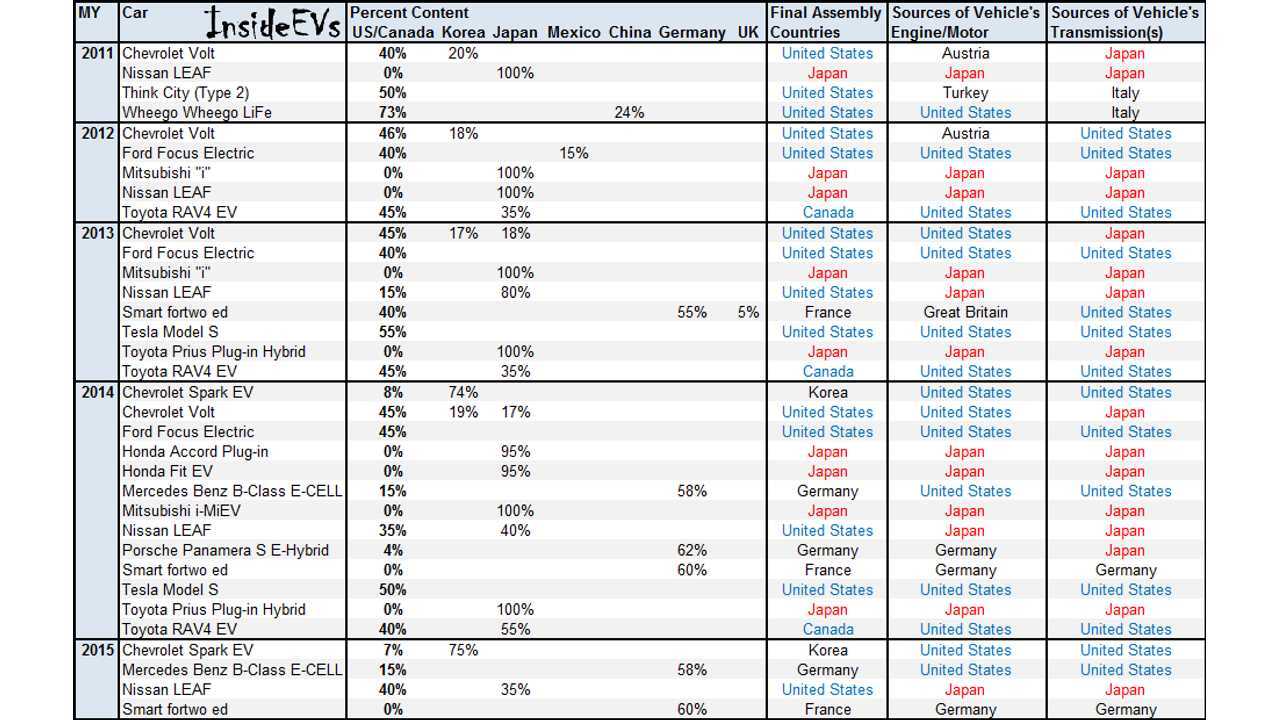 InsideEVs has one of the best community and often its our readers in comments who provide us with some of the most interesting stuff. Recently, we found some percentage U.S./Canadian equipment (parts) content for EVs and quickly decided to explore the topic.

Based on NHTSA data in American Automobile Labeling Act (AALA) for different model years, we prepared a list of models that we were able to identified. Year 2015 isn't ready yet.

Besides Wheego, Tesla Model S reached the highest ratio of 55% US/Canada content for MY2013, however that figure fell back to 50% for 2014.

Chevrolet Volt increased from original 40% for MY2011 to 46% for MY2012 and basically stuck at 45% for another two years. Strange that data shows "Sources of Vehicle's Transmission(s)" - Japan, then US, then again Japan (maybe bugs).

The Nissan LEAF began with 0% and since MY2013 has been going up with production in Tennessee - 15%, 35% and finally 40% for MY2015 (for the very first time U.S./Canadian equipment content will be higher than Japan). Why NHTSA's data still indicates that the motor comes from Japan, when we know that Nissan announced production of motors in Tennessee remains unknown.

In general, both the U.S and Japan seems strong in the plug-in market.