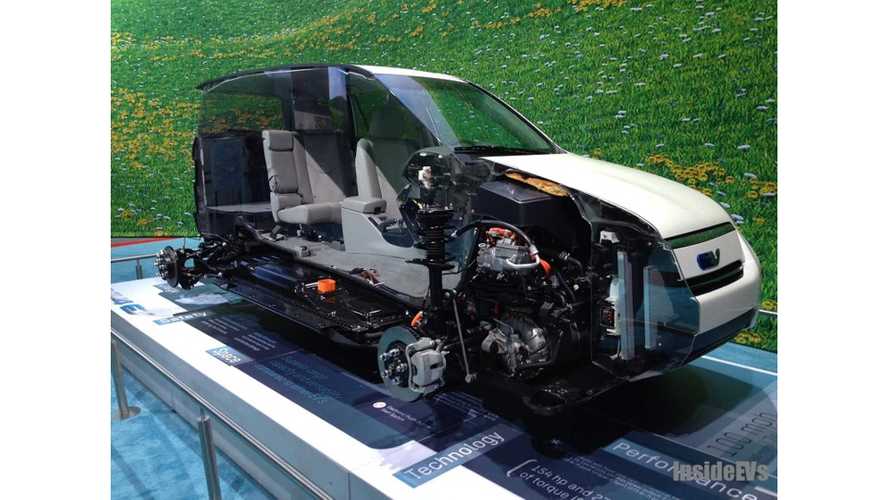 Now that the Toyota-Tesla collaboration on the all-electric RAV4 EV has wound down, we are starting to hear reports that the relationship between the two companies have been a little stressful ever since Toyota's President Akio Toyoda paid a visit to Tesla CEO Elon Musk's house to take his Roadster for a spin 4 years ago.

Bloomberg revisits the relationship they say has now been "marred by clashes between engineers" that once saw Toyota not only invest in Tesla Motors to the tune of $50 million, but quickly become a design and manufacturing partners on the all-electric SUV.

While the deal was to build 2,600 RAV4 EVs to satisfy CARB requirements in the US for Toyota, the two expected to continue their joint efforts in potentially manufacturing a future, higher volume EV together; instead Toyota now looks to fuel cells to fill the void left in the electric vehicle landscape...a technology which Musk has been quick to question the validity of.

“They’re (FCVs) mind-bogglingly stupid.  You can’t even have a sensible debate.” - Clearly, the Tesla CEO was not worried about his relationship with Toyota when he made this statement in January.

Bloomberg reports that getting the RAV4 EV to market quickly potentially drove a wedge between the two companies' engineers.

"It didn’t take long before conflicts began to emerge, people familiar with the project said. According to two former engineers at the companies, when Tesla engineers presented Toyota with early design proposals for the RAV4 EV, Toyota’s team balked at the lack of a common car component called the parking pawl -- the part of the transmission that backs up the parking brake.

Instead, Tesla proposed putting in an electronic parking brake after the company experienced difficulties with the pawl it used when developing the Roadster, one person said. Toyota’s engineers were impervious and the pawl was put into the RAV4 EV."

Tesla's Simon Sproule wouldn't comment on the partnership, but John Hanson, a Toyota spokesman did open up a little to Bloomberg and tried to put a positive light on it.

“You had a case of two very different companies with different approaches. Sure, it was a difficult project, but it also had a very tight time deadline and the product came out on schedule.”

Apparently the failure of the Toyota relationship has not soured Tesla on the merits of having a partner as the company was quick to also team up with Daimler on their all-electric Mercedes-Benz B-Class ED that just went on sale last month.

Editor's Note:  We would be remiss to not note that part-time InsideEVs contributor Tony Williams offered a quote to Bloomberg on his 2012 Toyota RAV4 EV itself after having it in the shop for more than 30 days - "The RAV4 is a frickin’ nightmare"

...so maybe it is best after all if the two companies go their separate ways?