Which Automakers Are Actually Serious About The Business Of Making EVs? 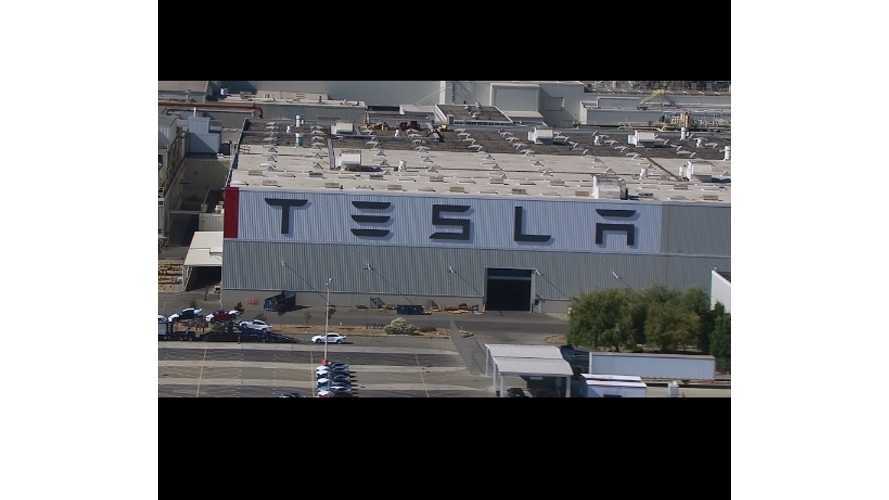 Maker Of Only EVs, Tesla Motors Is Also The Number 1 Auto Employer In California Today

Every automaker with the intention of selling vehicles in the United States has an electric vehicle program of some kind in the works.  For many, the decision to produce an electric vehicle was not by choice, as California regulations mandated a certain percentage of cars sold in the future must be of the zero emission variety.

Along the way the US federal government made the job of marketing EVs a little easier for the OEMs, and the pricetags more palatable for consumer, by offering up to $7,500 in credits off the MSRP of plug-in vehicles.

Since the 'next' generation of electric vehicles first hit the market at the beginning of this decade, the segment as gone from a niche curiosity - selling just 345 cars in December of 2010 -  to more then 12,000 in May, meaning that 1 in every 133 vehicles sold in America came with a plug last month.

However, the bulk of those gains have been made by a relatively small portion of the automakers.  Here is our list of which OEMs who have embraced plug-in vehicles as a viable part of the automotive industry...and those who have not!

Tesla Motors - As Tesla only sells pure electric vehicles this is an easy one.  The company, like its CEO Elon Musk, has a singular vision for the future of the automobile industry; specifically that it comes with a plug.  The Model X SUV based on the Model S debuts in early 2015, with a more affordable 3rd generation EV debuting in 2017 for the masses.  Commitment level: All-in

Nissan - If Tesla is the obvious front-runner, Nissan (along with partner Renault) is the clear choice for number two.  While some of the major automakers have cut out a nice business from themselves selling PHEVs (plug-in hybrids), only Nissan has embraced the fully electric vehicle as Tesla has.  Nissan sold more than 3,100 LEAFs just last month, while the rest of the industry (ex-Tesla) have sold less than 4,000 for the entire year combined.  Nissan also has an industry-best 4 EV manufacturing facilities around the world. Commitment level: Strong

Next Gen 2016 Volt Arrives In Fall Of Next Year

General Motors - Judging GM's seriousness to the business of selling plug-in cars is a tricky one.  Before the company's emergence from Chapter 11 in 2009, any talk about future plug-in vehicles had to focused on GM.  They had a huge, knowledgeable production team behind the Volt, and an open-door policy about that car's development.

This golden-age of electrification at GM was followed by 4 years of President (then CEO) Dan Akerson and government oversight focused on returning American's forced investment in the company.  The production team, almost to a man, left for greener pastures while the EV-program pretty much went silent-running.  Recently, the company put new leadership in place, and with that a new, less expensive, higher range Chevy Volt is coming next year, along with 2 new plug-in stable-mates.  Commitment level: Growing...Again

Toyota - If there ever was a mixed message being given out, it is from Toyota.  The company produces the all-electric RAV4 (at a loss), but only sells it where it gets those valuable zero emission credits.  And once they sell 2,600 of them - the  amount they figure they need to stay 'compliant', the company is discontinuing the RAV4 EV and moving on to pumping out fuel cell vehicles - which generate 3x the credits as the plug-in EV.

On the other side of the coin, the Toyota Prius Plug-In is a runaway success (selling almost 2,700 of them in May), although Toyota certainly didn't envision it as such when it debuted in February of 2012. Commitment level: Tepid

Ford - Much like Toyota, Ford introduced the all-electric Focus Electric in limited quantities in the United States, mostly for compliance reasons.

Unlike Toyota, they now have two facilities which can build the EV and have not talked down the technology.  Also like Toyota, Ford has found success in the plug-in hybrid business through two choices of cars; the C-Max Energi and Fusion Energi, both with 19 miles of electric range before the gas engine takes over.  Commitment level:  Strong when it comes to PHEVs - look for a Focus Energi soon

BMW - The German company is the newest kid on the EV block, but are possible one of the most serious.

The BMW i3 comes in both an all-electric version with 81 miles of range, and a REx (or range extended) version that offers a gas backup.  BMW clearly is not looking to just 'do the minimum', but to really make a profit on the i3 as the company as increased production capacity of the car three times in just the first year on the market.  The high performance i8 supercar also demonstrates BMW's desire to be known as a player in the industry.  Commitment level: High

Let Me Tell You How I Really Feel...

Fiat/Chrysler - If there is any automaker out there who has been dragged into making EVs kicking and screaming, its Fiatsler.  It seems like hardly a press opportunity goes by that CEO Sergio Marchionne doesn't talk down his company's Fiat 500e, claiming they lose $14,000 for every one they build.  Recently his was quoted as saying "I hope you don't buy one..."  As for Chryslerm they did unveil 'future plans' for a plug-in hybrid van and SUV, but we aren't buying in just yet.  Commitment level: Non-existent

Those OEMS cover the top selling plug-ins in America today.  Below is our bullet-point synopsis of the rest: