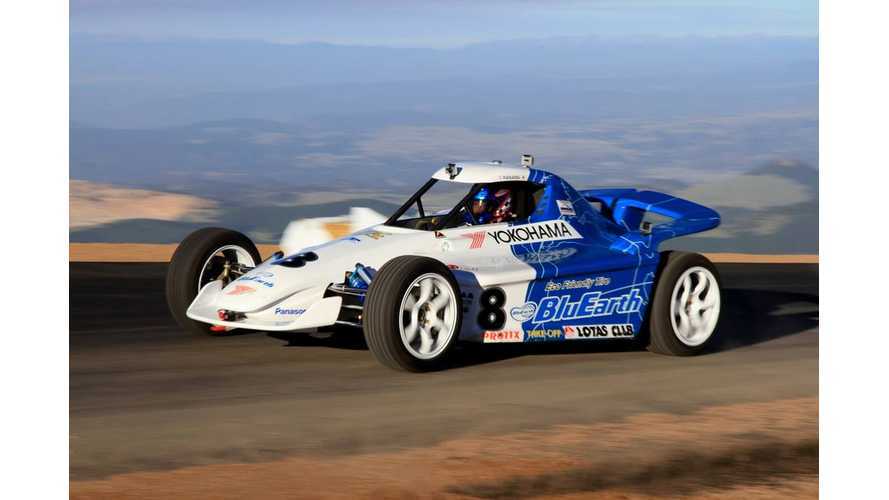 Ikuo Hanawa, who holds two Pikes Peak record in EV class, had this year a little bad luck and crashed, but was able to finish the race (last year HER-02 was caught by heavy rain).

Team Yokohama EV Challenge also provide an interesting table with all up to date records.

The first was established in 1981 by Joe Ball at 32:07.41, which is more than three times slower than the records today.  However, the course is now fully paved, which changes situation.

It took 12 years to set a new record in 1993 and since then it seems that EVs are coming more often to Pikes Peak. In every year since 2010, the EV time was improved. We have no doubt that 2015 will bring us below 9 minutes.

Since 2010, there were electric motorcycles competing at Pikes Peak too, which thanks to Lightning Motorcycles reached in 2013 a time of 10:00.694.

Here are the results from this year race (beside HER-02, two other drivers crashed). Our report after the race can be found here.

- The road surface was dirty and some bumpy from last year. - Spectator Course Rules was largely changed.- Spectators will only be allowed to view the race from designated spectator viewing areas along the course (6 areas). - The start order of the car was changed in qualifier order from the order of the class.