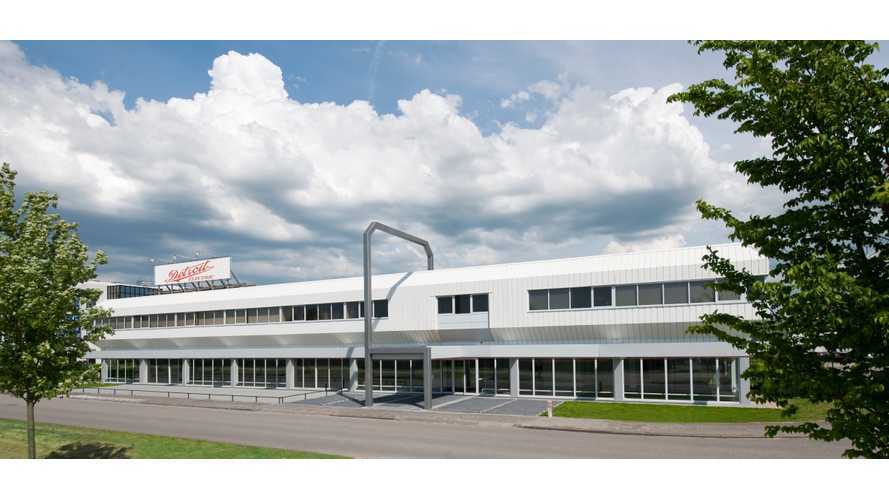 Detroit Electric now should officially become UK Electric with the startup automaker's announcement of the following:

"The world’s fastest electric production vehicle is to be built in Leamington Spa..."

"Detroit Electric today unveiled its new production facility and a highly-experienced team that will develop a range of high-performance pure EVs."

"The brand’s first product, the lightweight, limited-edition SP:01 sports car, will be the world’s fastest production electric vehicle when it goes on sale in European and Asian markets later this year."

Just how fast is the "world's fastest electric production vehicle?"  155 MPH apparently, as that's the top speed listed by Detroit Electric for the SP:01.

There were no new details released on the Detroit Electric SP:01, so we'll just have to recap what we already know below:

The Lotus Exige-based vehicle is all electric, weighing in at 2,403lbs, and has a US-sourced, rear mounted, air-cooled, asynchronous AC electric motor rated at 150 kW (201 hp) and 166lb-ft of torque.

Top speed is claimed to be 155 mph, with a 0-62 mph dash coming up in about 3.7 seconds.  Total range of the car, via two lithium batteries that have a capacity of 37 kWh, is estimated at 180 miles on the Euro-NEDC standard, which (by using our InsideEVs patented decoder ring) works out to about 125-130 miles on the US’s EPA cycle.

Detroit Electric will offer a 30,000 mile manufacturer’s warranty with an optional extension program that will cover owners up to five years and 50,000 miles on the battery.

There's been no mention of DC fast charge capability.  Charging can occur in as little as 4.3 hours via 240V, 32-amp charger, although the car is limited at 7.7 kW.  A more ‘traditional’ L2 charger would accomplish the task in about 8 hours.