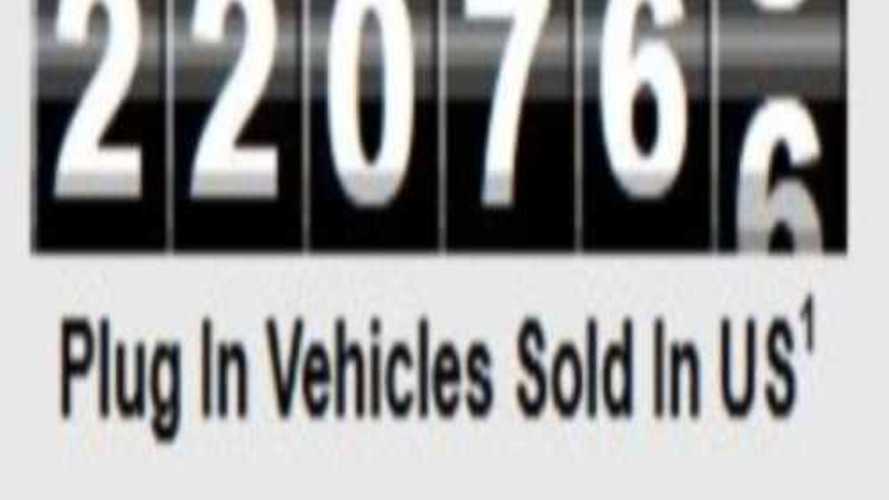 Plug In America president Richard Kelly is looking forward to two events that will occur later this year: Cumulative sales of plug-in electric vehicles exceed 250,000 in US and National Drive Electric Week begins:

"Some of you may have noticed that our vehicle sales ticker rolled over 200K. We're having an internal happy dance, but holding back on a more public celebration until we roll over 250K, which should be near National Drive Electric Week."

According to Plug In America's sales ticker, cumulative sales of plug in electric vehicles in the US are now well over 220,000 units.

As a point of interest, our own tracking of US sales concurs with an estimated 214,692 plug-in sales through May, meaning number 220,000 was passed sometime late in the second week of June.

At the current monthly rate, that 250,000 figure should be achieved in either August or September, so there will then be one quarter of a million plug-in electric vehicles on US roads!!!