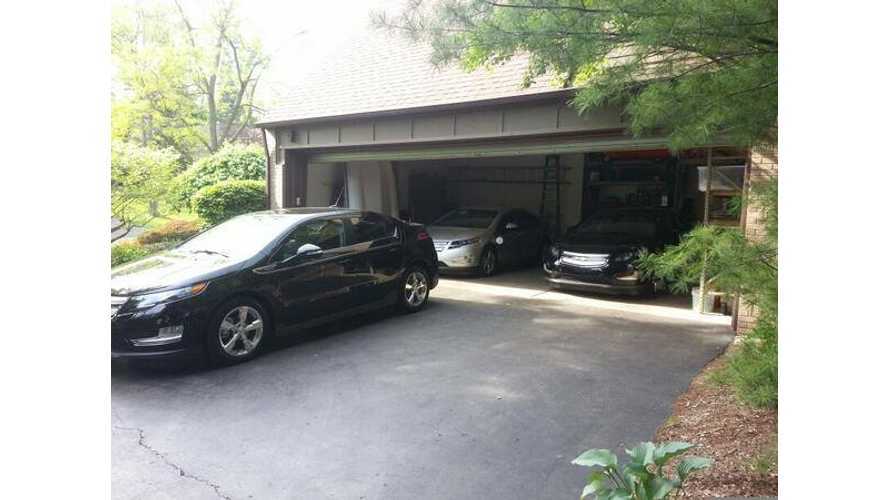 Erick Belmer, owner of the highest mileage Volt in the world (pictured), would surely make for a stellar next-gen Volt advocate.

Current Chevrolet Volt owners seem to be among the most passionate of auto owners out there.

General Motors has recognized this high level of passion and, as such, will look to overhaul its marketing for the next-gen 2016 Volt by turning to existing Volt owners who will become EVangelists.

"Chevrolet will overhaul its marketing plan for the Chevy Volt when it launches the second-generation in 2015, using existing Volt owners as product evangelists focusing marketing efforts regionally."

"Speaking to Automotive News on the sidelines of the 2014 Management Briefing Seminars, Chevrolet global marketing chief Tim Mahoney said the second-generation Volt already has something that the first-generation didn’t: existing owners."

"He said Chevrolet will use Volt owners, especially in social media, to advocate for the extended-range battery-electric sedan."

Nissan already does this with its LEAF owners website, so it's not like General Motors is breaking any new ground here, but it'll be interesting to see how well Volt owners can "market" a vehicle as complex as the Volt.

GM's recent marketing effort for the Volt can be summed up with one word: nonexistent.

Any marketing is an improvement over none at all and we're certain that Volt owners will be able to connect with potential next-gen Volt buyers in ways that GM can't.

"Mahoney said marketing efforts for the next generation Volt will be regionally focused, in areas where populations are denser."

Mahoney said that while Volt “is a halo product for the brand and one that sort of points to what is possible at Chevrolet, there are clearly pieces of geography where it makes sense. So you’ll see a focus on fishing where the fish are.”