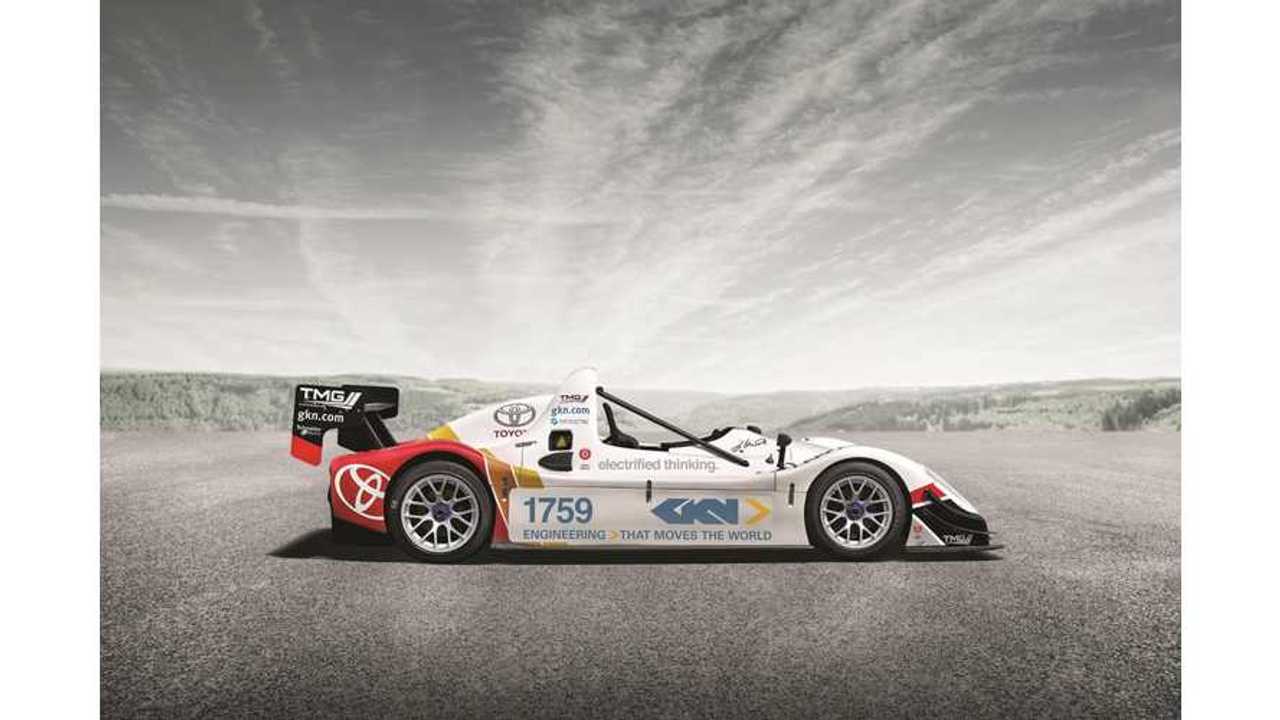 Toyota Motorsport GmbH won't bring any electric racers to the Pikes Peak International Hill Climb this year, after two entries in 2012 (resulting in a win in the EV class and 6th place overall) and 2013 (rain prevented improved results).

But thanks to GKN Driveline, the TMG EV P002 will however appear at the Goodwood Festival of Speed, which begins now in the UK.

"GKN is making its debut in the hill climb at the world-renowned Festival of Speed with a record-breaking electric race car and a stand that offers an engaging introduction into the challenges of automotive engineering."

"Apprentices, graduates and senior excutives from GKN will be on hand at Stand 18 in the Moving Motor Show to talk to people interested in a career in engineering and interactive displays will offer a more hands-on experience for future young engineers."

GKN Driveline was the electric motor supplier. Both versions of the racer (P001 and P002) had two GKN EVO eDrive axial flux motors developed in the UK, which deliver combined 1,200 Nm of torque.

However, GKN will be present at the 2014 PPIHC, because Monster E-RUNNER's Pikes Peak Special is equipped with two GKN EVO eDrive.

"We’re very proud to be part of this iconic celebration of innovation in our industry which we hope will help inspire the UK’s next generation of engineers."

"GKN, as a global engineering company, is committed to attracting more STEM graduates to support the UK’s thirving aerospace and automotive sectors and we’re delighted to be taking part in this event to help demonstrate the fantastic opportunities on offer for young people."

"The GKN EVO eDrive Systems’ eMotor used in the TMG P002 was developed in the UK. It is one of several new types of high performance electric motors with size, weight, performance, and efficiency advantages when compared to traditional electric motors. Its short length and high relative output makes axial flux motors suitable for use in more advanced drivetrain systems, where vehicle designers need the smallest, lightest, and most powerful motors possible."