General Motors On Chevy Volt: "It's Not A Mass Market Vehicle" 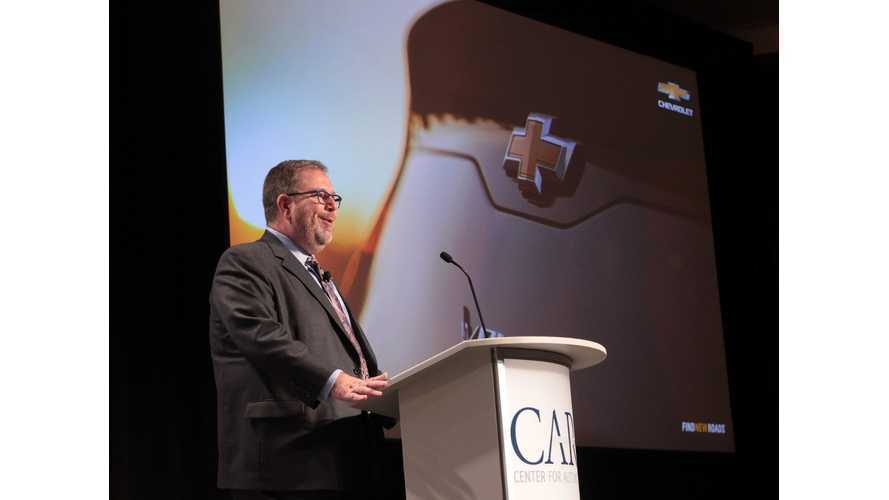 But Apparently The Volt Doesn't Run As Deep

Houston, we've got a problem.

"There’s a Northeast and West Coast market for Volt, and there’s nothing wrong with that."

Either General Motors is trying to down play the next-generation Chevrolet Volt or GM is reconsidering its position on the world's most advanced plug-in vehicle.

Here's the rest of what Mahoney stated:

“It’s an impressive product in its design, performance and technology.  It’s a real halo for the brand. It’s done a tremendous amount to conquest new buyers, and they have incomes like Corvette buyers. Customer satisfaction is through the roof.

“But the reality is that there’s a finite market for Volt, and it’s geographical. California is the epicenter; it’s not about selling Volt in Oklahoma. And we’ve gotten smarter about deploying resources for the vehicle.

“There’s a Northeast and West Coast market for Volt, and there’s nothing wrong with that.  That’s the beauty of having a broad portfolio of products. But it’s not a mass-market vehicle."

If GM sticks with this "not a mass market" approach, then we can be certain that sales won't improve.

In recent years, GM has all but given up on marketing the Chevrolet Volt and, as such, sales have become stagnant.

We'd like to believe that the next-gen Volt will be the vehicle that catapults the plug-in segment, but if GM feels there's not mass-market appeal, then it's a guarantee that production volume will be low, marketing will be light and quite likely the price-point won't be as sharp as had been expected - potentially leading to a sales volume less than we'd expect to see.

Certainly the Volt (with seating for 5...we hope) has mass-market appeal written all over it, but that won't matter if GM doesn't get behind it.

We're not at all thrilled by Mahoney's statement.  It sort of makes us wonder if GM is partially backing out of the plug-in segment, but perhaps we're reading too much into these comments.  So, we ask, what are your thoughts?