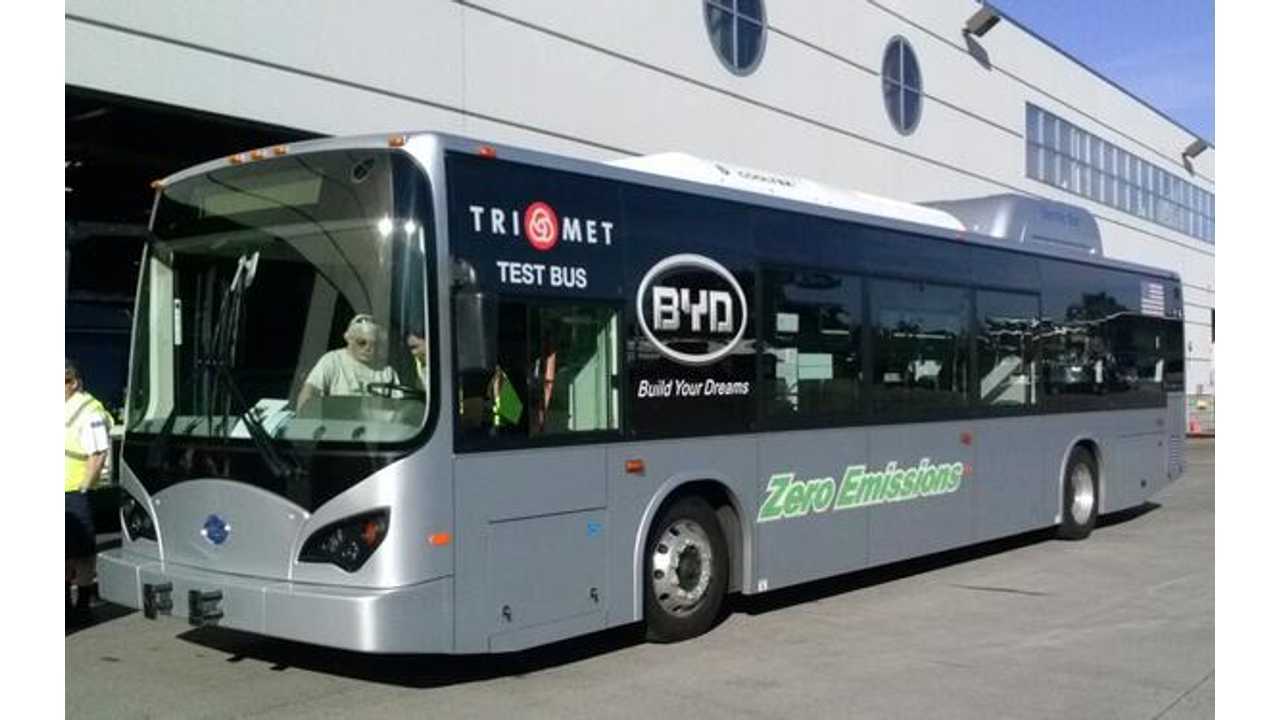 The "Left Coast" continues to lead the nation when it comes to electric mobility. BYD has delivered its first bus to Oregon for testing (for a limited time.)

This bus will be a first in the Oregon market, but not the first in the Northwest. Spokane got it's chance with this 325kWh bus in March. Both of the transit companies say the BYD buses will suit a majority of the routes for both cities, in part due to the immense range provided by the largest in the industry battery pack.

Range for this behemoth is around 110-180 miles, meaning it can go all day without a recharge. Competing with this is the Proterra bus, also built here in the states, but with a much smaller pack (54-72kWh pack). It can be argued that the Proterra can actually go much further in a day (see: Proterra Sets Record), but that would require frequent trips to a charger to achieve that! However, buses typically have "downtime" during the day, so it's entirely possible to stage a charger or bring the bus back to the station 3-4 times in a 24-hour day.

The truth though is that both models show promise, and both can succeed. Tri-met is currently applying for Federal grants to try and purchase eight buses in the future and is glad to be able to test this BYD model before purchasing in the future. Tri-met has stated that they like the idea of less frequent charging and the ability to function well for a full days work.

Here are some stats on the BYD Bus delivered for Portland from a recent Cars With Cords Post:

If you're in the Portland Metro area and want a ride on the whispery quiet beast, (while it's there) here's a link to the Tri-met website with all the route information: http://howweroll.trimet.org/2014/06/19/were-testing-an-all-electric-bus/